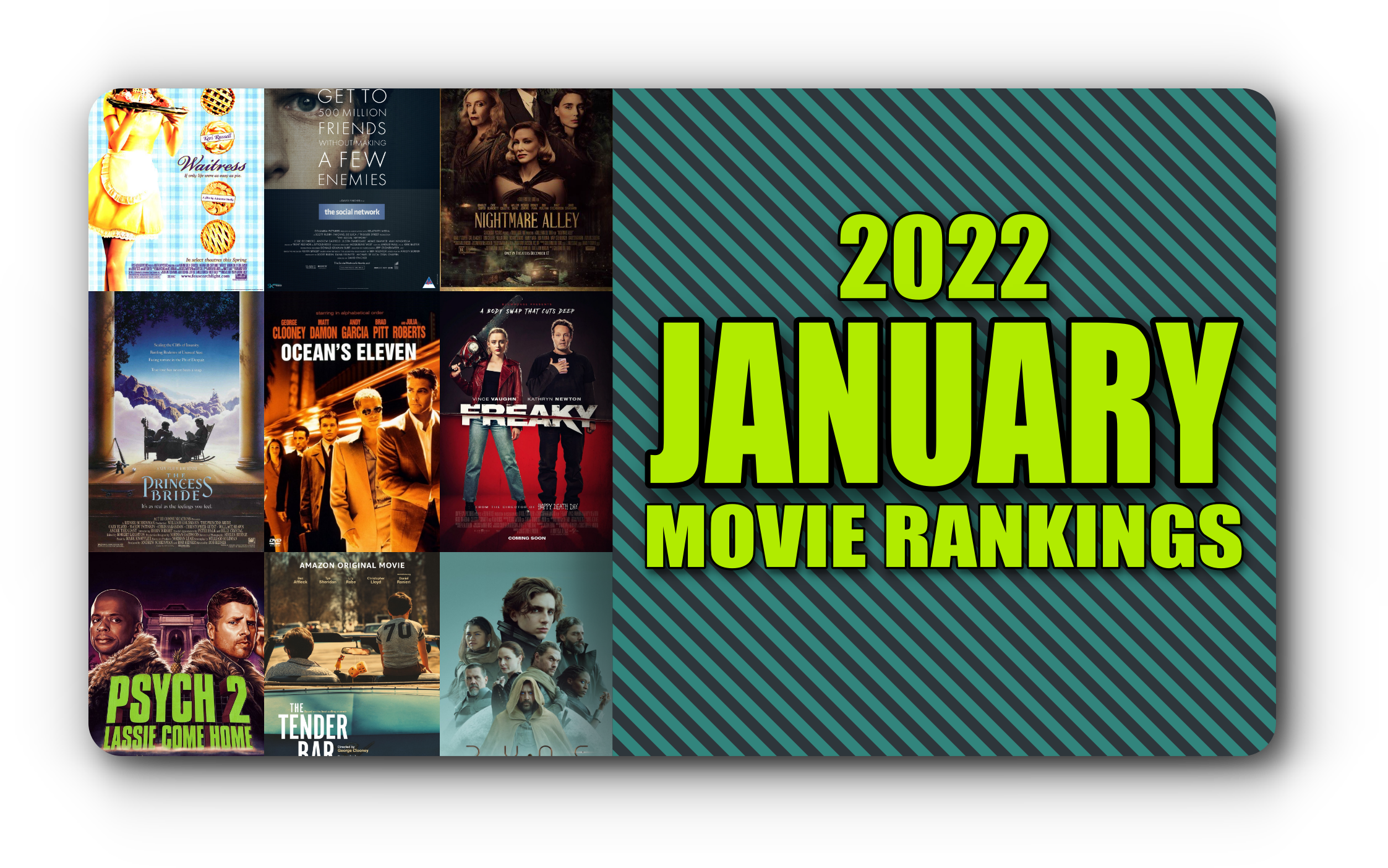 Hold the phone… nine movie reviews? Nine?! Wow. And amidst the Juicy Awards? This is unprecedented. Or maybe… this is the new norm.

There is indeed a reason behind this amped up amount of reviews, to which I will be making a separate post soon. In the meantime, I hope you all enjoyed your first month of the new year. 2022 had a rocky start for me, as it was spent in back-to-back snow storms (losing power for one of them) and dealing with COVID symptoms (bye bye taste and smell). However, I am hopeful of what is to come, as this year feels like the closing of one chapter and the beginning of a new.

Let’s see how these movies stack up…

#6- “Psych 2: Lassie Come Home”
72%= Burnt Popcorn
Pros: Shawn and Gus are back (come on, son), there are some humorous moments, great respect given to Timothy Omundson and Carlton Lassiter, and all-in-all it is fun.
Cons: The case kind of falls flat (in terms of the villain) and isn’t the most compelling. Also, there were quite a bit more sexual jokes than I expected… which isn’t really the style of “Psych” (let’s be real).

#5- “Freaky” (2020)
77%= Juicy Popcorn
Pros: Fun twist on the body-swap sub-genre, the performances are solid (Vince Vaughn is a stand-out), has some killer cinematography moments, and pretty entertaining overall.
Cons: Fairly predictable, leans into the slasher tropes (though the filmmakers clearly have fun with it), has a few uncomfortable moments, and the dialogue can be so-so.

#4- “Dune” (2021)
84%= Juicy Popcorn
Pros: Visually astounding, great costuming/production design, top-notch actors, and has some strong moments.
Cons: Didn’t gravitate to the characters or the story as much as I would’ve wanted.

#3- “Waitress”
86%= Juicy Popcorn
Pros: Endearing performances (Keri Russell is amazing), witty visual and dialogue style (gotta love Fox Searchlight), fun use of pie recipes, and a memorable tale.
Cons: I wrote down that it’s “rough around the edges.” Whatever that means. Can I ever just give something a grade and not be specific about the “why”?

#2- “Ocean’s Eleven” (2001)
87%= Juicy Popcorn
Pros: Unique style that flows like music, star-studded cast (all of whom are top-class performers), tight story structure, and a pretty polished movie overall.
Cons: I’m not that big on heist flicks, so most of my grading is based on preference. Usual heist tropes are followed here, but it is executed well.

#2- “The Tender Bar”
87%= Juicy Popcorn
Pros: Fantastic song choices, great performances (the best being from Ben Affleck), wonderful setting, and has some really memorable moments.
Cons: The first half is better than the second, as the adulthood portion of J.R. isn’t as compelling (specifically involving his relationship with a woman).

#2- “Nightmare Alley” (2021)
87%= Juicy Popcorn
Pros: Brilliantly shot, great production design, awesome acting (Bradley Cooper and Cate Blanchett shine), and a different story (amidst a sea of blockbusters).
Cons: There isn’t much rewatchability value and it isn’t the most memorable. 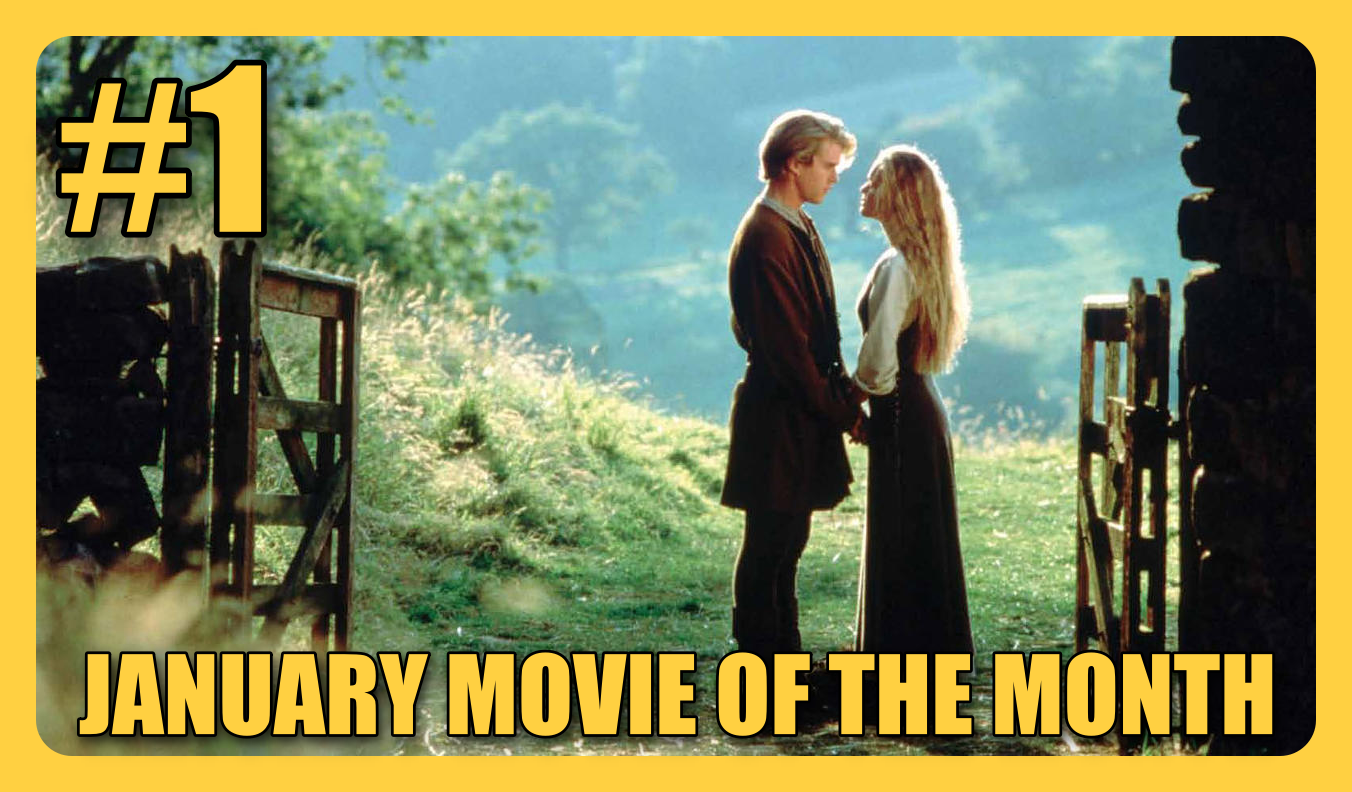 #1- “The Princess Bride”
90%= Juicy Popcorn
Pros: Classic, highly quotable, fun-loving performances, well-crafted use of the fantasy/storybook genre, and holds a few good laughs.
Cons: Can be cheesy from time to time. Honestly, this would be a great film to grow up on.

Wow, a three-way tie for second place. Never have I seen that before. Regardless, “Princess Bride” takes home Movie of the Month; the first of the year. And it will go on to face the rest of this year’s winners to decide if it will become the next Movie of the Year.