We’re already a couple of days into November, but I wanted to finish out some final reviews I didn’t get around to for October. Thankfully, everything has now been posted, so I can roll in some analyses for this new month. As for October, I’d say it was a success (when it comes to movie watching, at least). I got to see some horror flicks I have yet to get around to and break down the Godfather franchise; consider me satisfied. Especially since, for the first time on this site, the month actually had a spooky theme when it came to the reviews. Let’s see how it all stacks up… 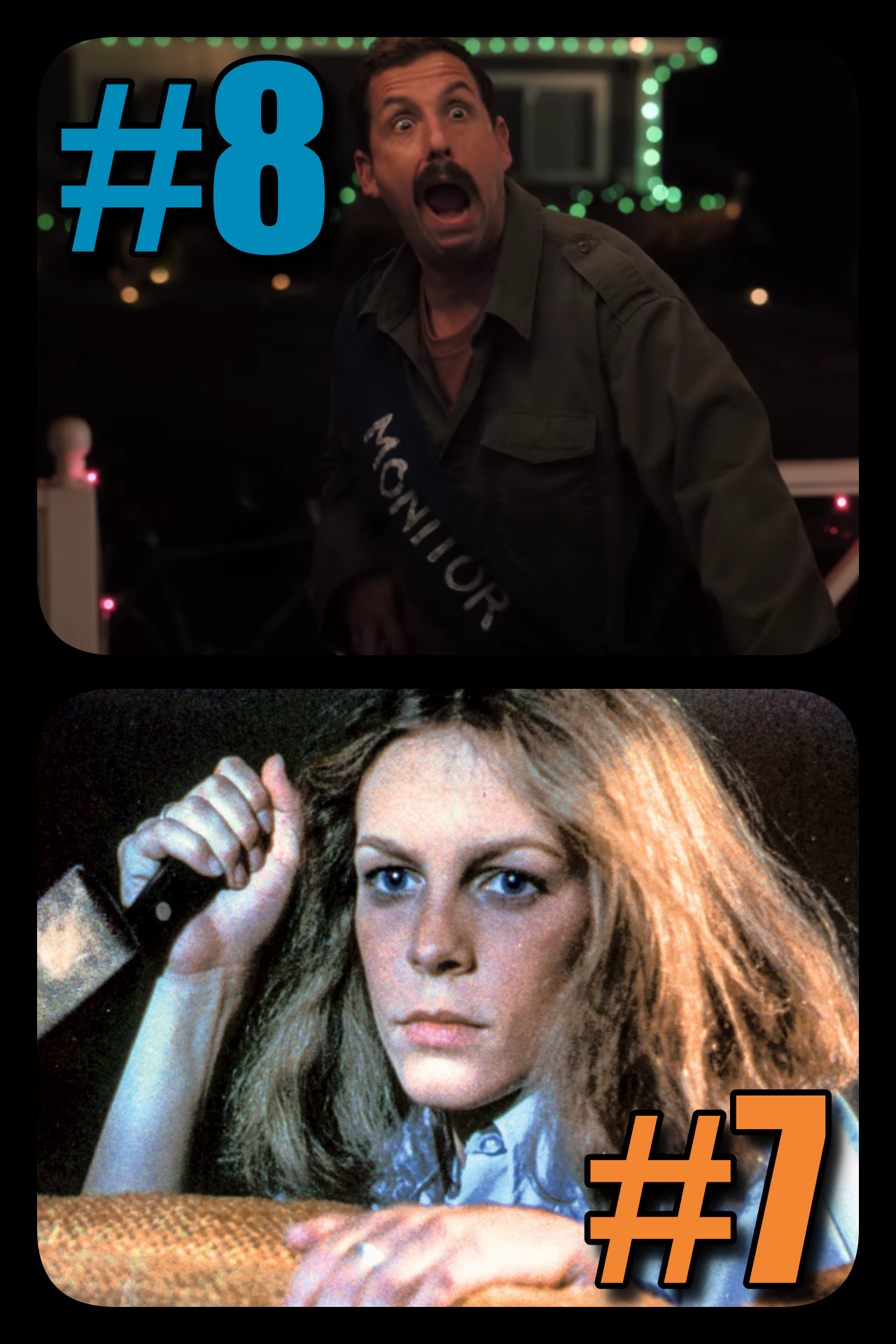 #8- “Hubie Halloween”
68%= Burnt Popcorn
Pros: Funny, wide array of big-name actors, entertaining, and has a few twists.
Cons: Over-exaggerated performances, horrible use of love interest, and the jokes fade after the halfway point.

#7- “Halloween” (1978)
70%= Burnt Popcorn
Pros: Innovative for its time, solid cinematography, the acting works, and the story is pretty straightforward.
Cons: Can be cheesy, the pacing can drag, and there are some fairly glaring continuity errors. 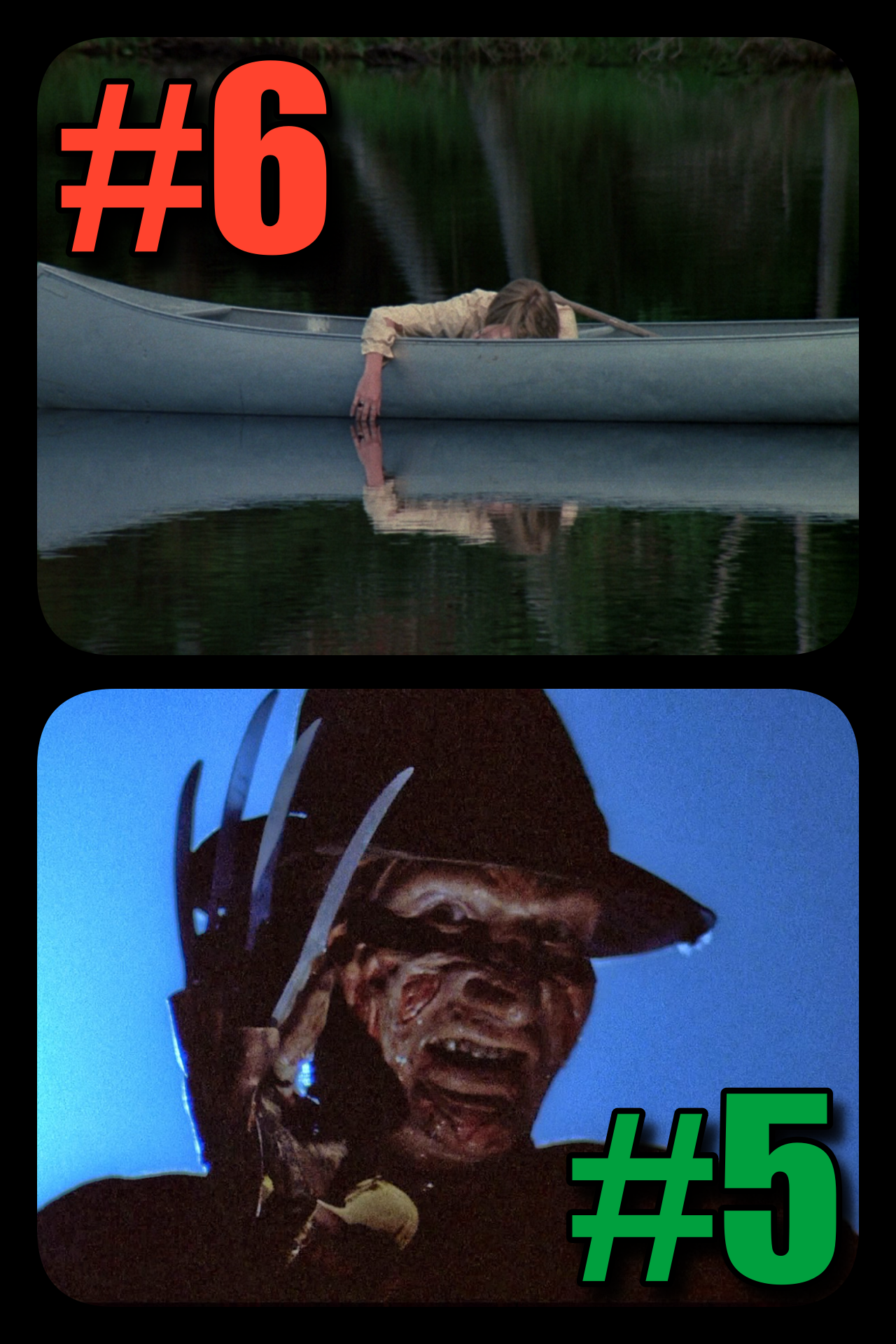 #6- “Friday the 13th” (1980)
72%= Burnt Popcorn
Pros: Entertaining, has some thrilling moments, fun camp aesthetic, cool ending twist, and the deaths make things interesting.
Cons: The teens make a ton of idiotic choices (it is a horror after all), with the overall picture being pretty cheesy.

#5- “A Nightmare on Elm Street” (1984)
79%= Juicy Popcorn
Pros: Fresh concept, awesome/creepy villain, great visual effects (that hold up for the most part), a young Johnny Depp, solid cinematography, and an engaging story.
Cons: The rules/mechanics of reality and dream can be a bit muddled from time to time, and some of the performances (particularly our lead girl) can be wooden.

#5- “The Godfather: Part III”
79%= Juicy Popcorn
Pros: Well-shot, fantastic final act sequence, solid performances (well, aside from Sophia Coppola), and a few memorable moments to round out the different story (involving the Catholic Church).
Cons: Not as thrilling/engaging as its predecessors, with plenty of scenes holding promise, but not having a good execution. And with Sophia’s wooden acting, the end of her story arc didn’t pack as much of a punch.

#4- “The Good Son” (1993)
80%= Juicy Popcorn
Pros: Great lead chemistry (Elijah Wood and McCaulay Culkin? Come on son), engaging plot, and a nice, Saturday afternoon watch.
Cons: The final act could’ve been beefed up with some more scenes (it kind of ended quickly) and some of the dialogue Culkin was given seemed too adult to be spoken naturally. 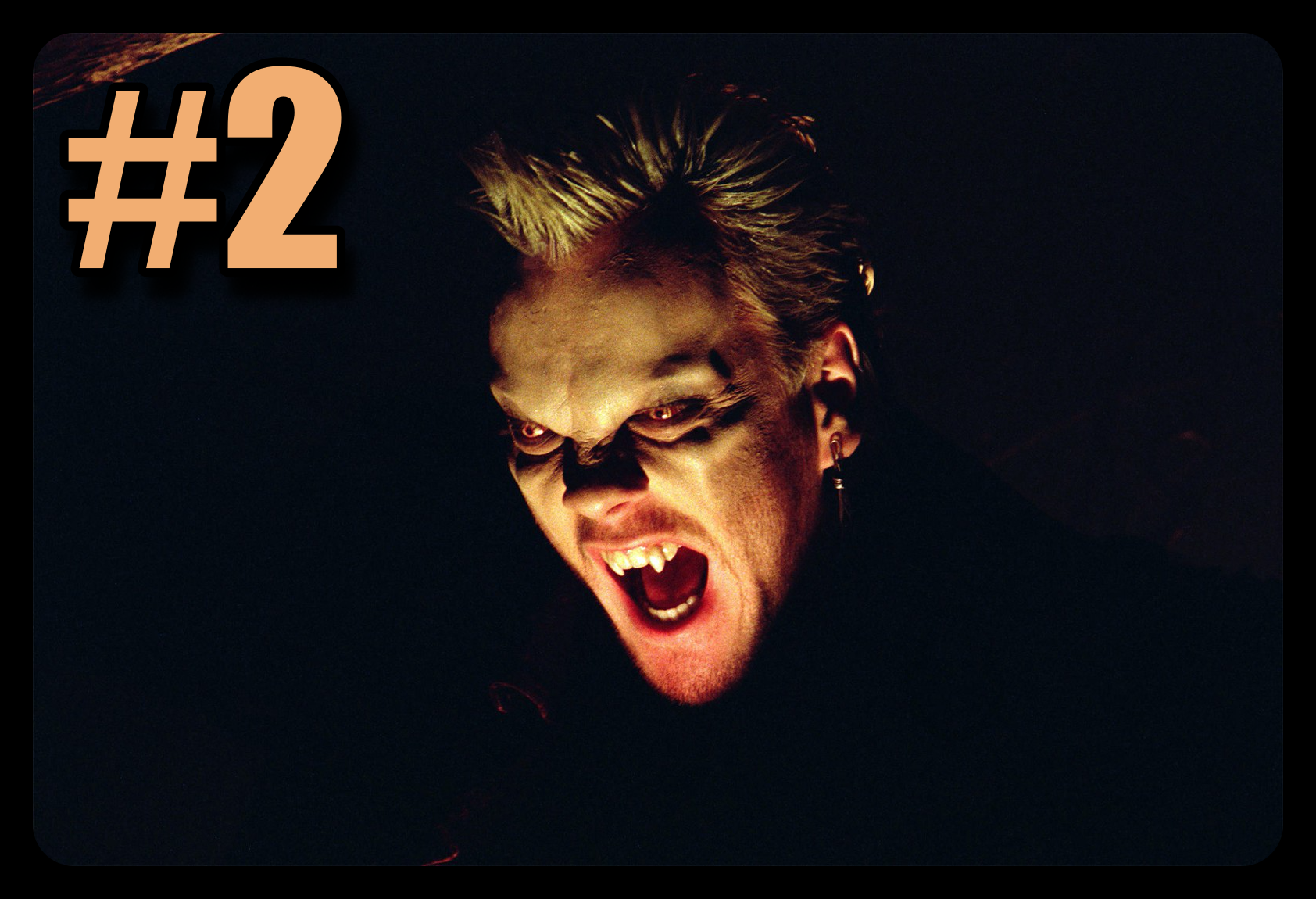 #2- “The Lost Boys”
86%= Juicy Popcorn
Pros: Fun adventure, humorous, holds up well for its effects, entertaing performances, and gives a feel of nostalgia to someone who never grew up watching it.
Cons: There are some silly moments (but what is that to stop you from seeing it?)

#1- “The Cabin in the Woods”
87%= Juicy Popcorn
Pros: Original, fresh, well-made parody with its own universe to unfold, funny, and unpredictable.
Cons: The ending left me feeling so-so, and with how crazy things ramp up, it’s a surprise that our leads were able to accomplish anything.

Juicy Hall of Fame Inductee– “The Godfather: Part II”
98%= Juicy Popcorn
Pros: Al Pacino kills it, the story continues what the first film started, everyone does a great job performance-wise, Michael Corleone’s journey is riveting, and there are a ton of memorable moments.
Cons: I got confused with Michael’s dealings Hyman Roth and Frankie Pentangeli. Did he double cross them? I could just be an idiot. 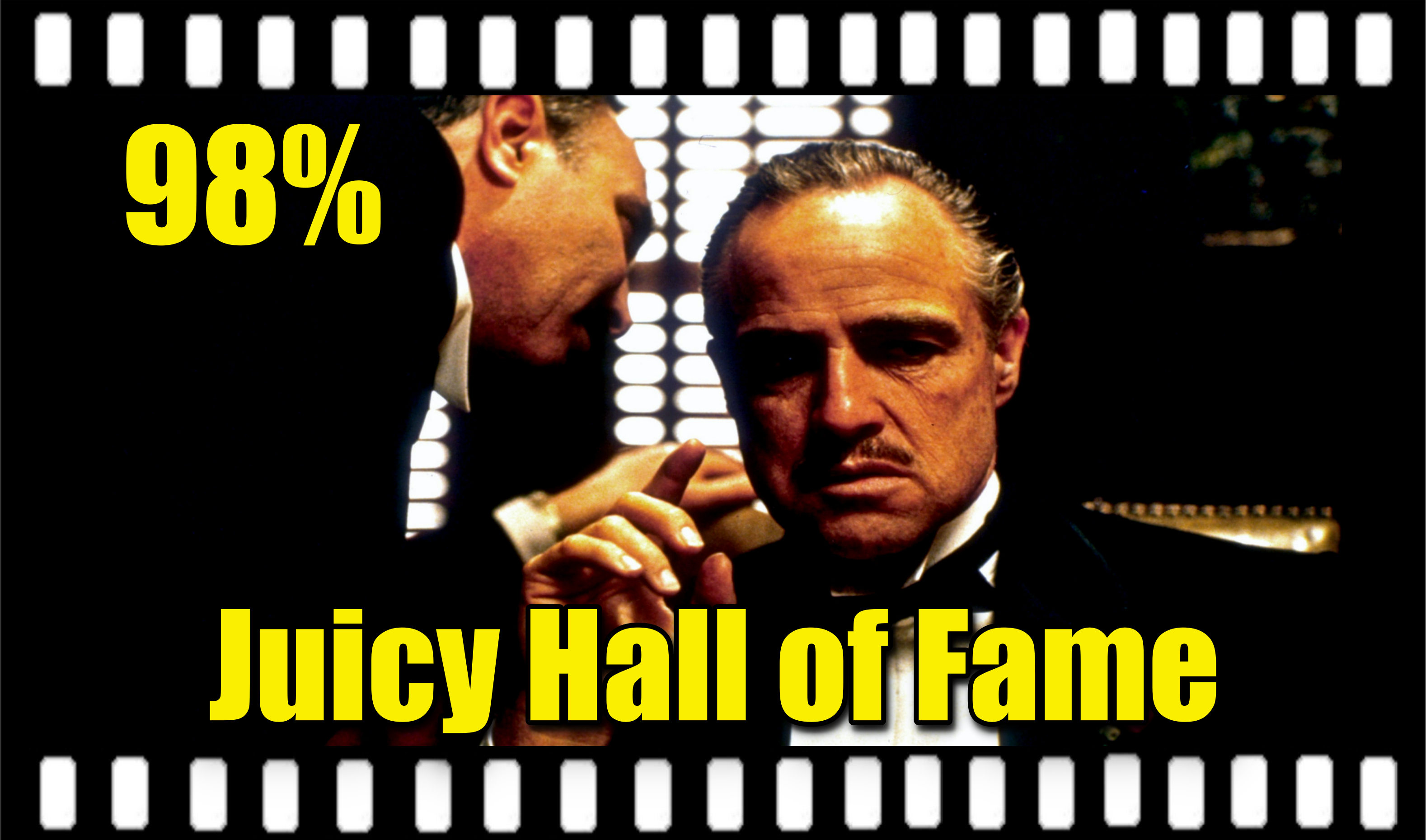 Juicy Hall of Fame Inductee– “The Godfather”
98%= Juicy Popcorn
Pros: Fantastic acting, great cinematography, solid score, well-paced story (three hours breezes by), great theme, and it’s a movie that has influenced many in cinema.
Cons: There’s nothing really, but if you have seen any mobster film before, this won’t be as original.

A rather low-scoring win, “The Cabin in the Woods” claims the top spot of October, and will go on to face “1917,” “Jojo Rabbit,” “Parasite,” “Uncut Gems,” “Silence,” “The Man Who Wasn’t There,” “A Ghost Story,” “Prisoners,” “Ford v. Ferrari,” “Thunder Road,” and all the other Movie of the Months to decide who will be the next Movie of the Year!