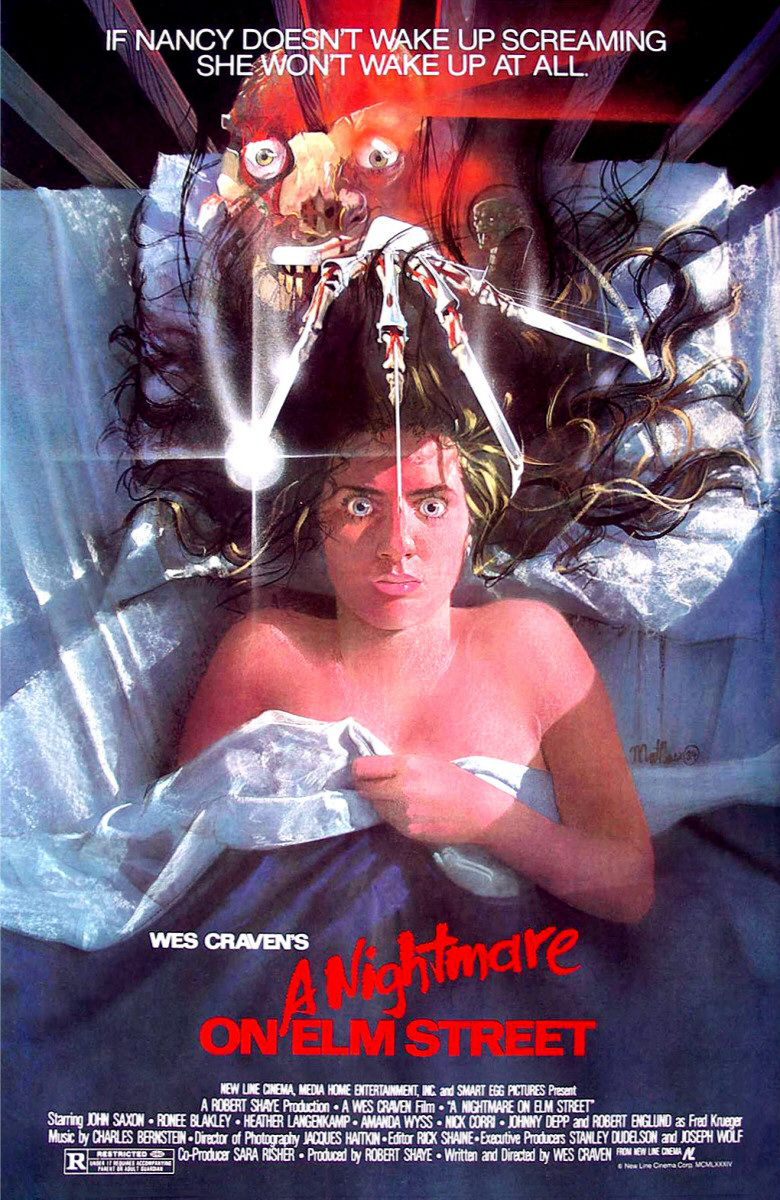 MOVIE REVIEW: John Saxon (Enter the Dragon, Black Christmas), Ronee Blakley (Nashville [1975], The Baltimore Bullet), Heather Langenkemp (Just the Ten of Us [TV series], Nickel Mountain), Amanda Wyss (The Id, Highlander [TV series]), Johnny Depp (The Lone Ranger [2013], Alice Through the Looking Glass), Jsu Garcia (Collateral Damage, We Were Soldiers), Charles Fleischer (Who Framed Roger Rabbit, Back to the Future Part II), Joseph Whipp (Scream, Escape from Alcatraz), and Robert Englund (Freddy vs. Jason, Strangeland). It is written and directed by Wes Craven (Scream, The Hills Have Eyes [1977]). After her friend is murdered in her sleep, Nancy Thompson (Langenkemp) realizes that the man who haunts her nightmares, Fred Krueger (Englund), has the power to kill her and any of her other friends who doze off.

Finishing out the holiday of Halloween (and for those of you who are getting notified about this post in November, I am trying to catch up with the movies I saw in the previous spooky month) is Wes Craven’s “A Nightmare on Elm Street.” Because after seeing Michael Meyers and Jason, why not throw in Freddy? The fact that I have seen none of these slasher icons until twenty-two years of age baffles me…

With Fred Krueger (you know, before we all became his friend and called him Freddy), you’re in for a show. His design is unique and the world created for him is even more eye-catching. And what could be more scary than a burn victim killing kids in their sleep? I remember hearing kids chant his song in elementary school (“one, two, Freddy’s coming for you”), and while I had never seen the movie, the jingle alone gave me the creeps. Out of the previous films I have seen this month involving killers with sharp objects coming after people, this one certainly takes the cake on what would’ve scared me the most as a child.

The concept of “A Nightmare on Elm Street” is pretty genius. I’m not sure if anyone has done anything like it before the release (with the amount of cinema out there, I wouldn’t be surprised), as the stakes could not be higher. We can die in our dreams? Are you kidding me? Goodness gracious. On top of that, it’s a story that takes a lot of effects work, to which Craven plays in spades. Aside from a hilariously bad dummy doll (I believe it has become a famous shot), the visual effects in this are astounding, especially considering its time. The movie holds up well, offering enough well-orchestrated eye-candy to keep me locked and engaged throughout the course of the narrative. 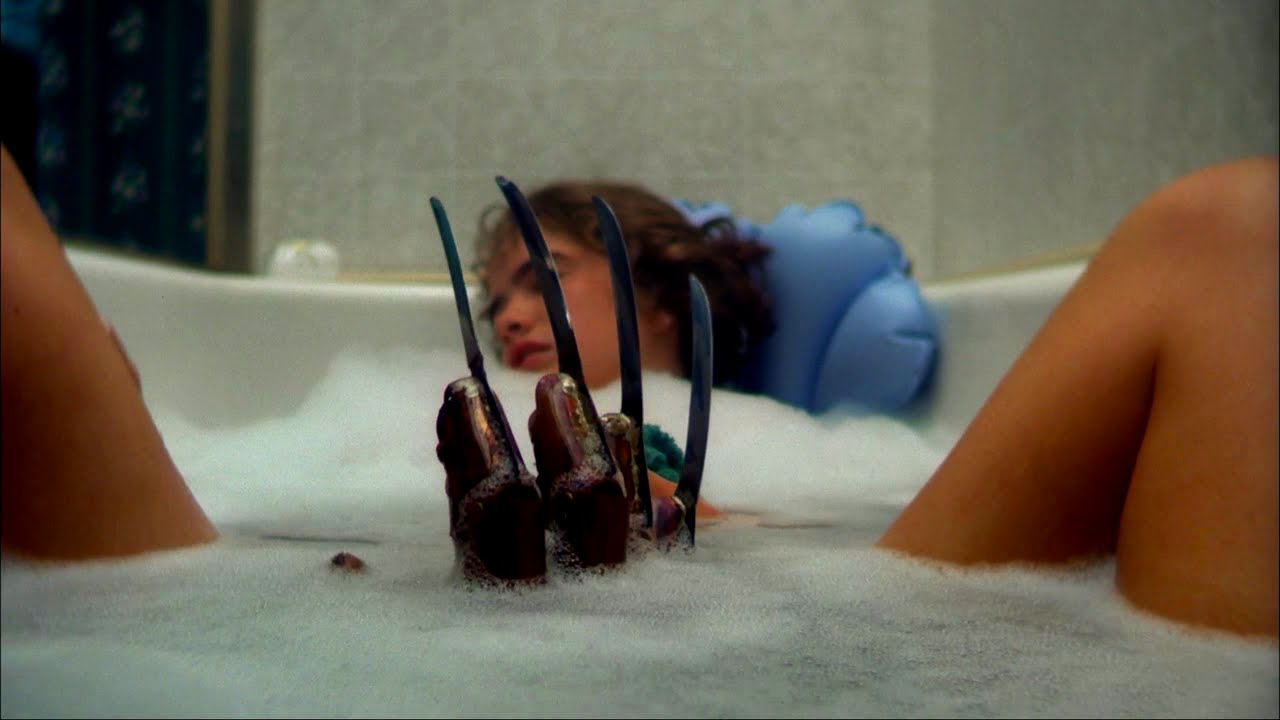 Adding to the story is our array of cast members, all of whom do a fairly decent job keeping things interesting. Sure, they’re not the best (I honestly didn’t care for Langenkemp’s portrayal of Nancy until the third act), but they get it done. Of course, everyone knows that this was the launching pad for a young Johnny Depp, who pretty much played the naive boyfriend type. He suited it well, and it was a treat seeing him at that age.

By far, the greatest strength’s of “A Nightmare on Elm Street” lies in its concept and effects. While the characters aren’t that complex, their conflict is gripping to watch unfold, especially when it came to understanding what Freddy could do and how he could bridge into the real world. There were some moments that made me question the mechanics/rules of Freddy’s powers (the scene where Nancy’s phone rings when the line is cut… was that a dream or reality?), but overall everything was pretty airtight. As the film progressed, the stakes ramped up, with effects getting bigger and bolder. In comparison to the horror/slasher flicks I have seen this month, this one seems to be the better apple of the bunch. Its effects hold up well, Fred Krueger is a terrifying villain, and its cinematography is on point (who doesn’t know the hand rising in bathtub shot?). All in all, “A Nightmare on Elm Street” is a fun, thrilling horror. FINAL SCORE: 79%= Juicy Popcorn