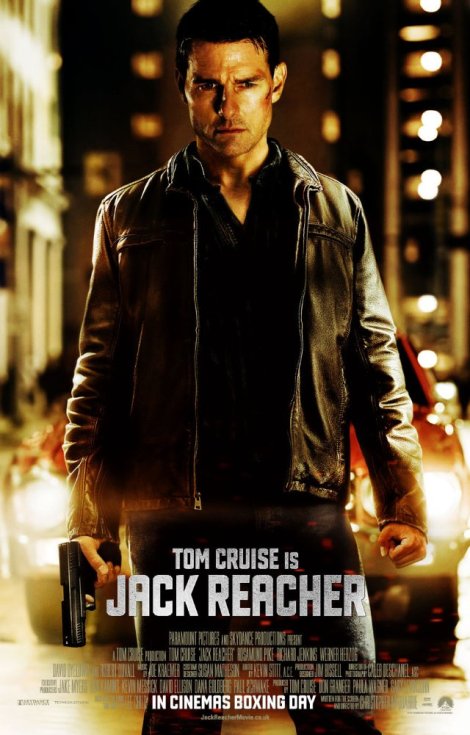 FRIDAY NIGHT MOVIE REVIEW: Tonight I got to see the crime/suspenseful/action movie “Jack Reacher” which stars Tom Cruise (War of the Worlds, Mission Impossible), Rosamund Pike (The Big Year, Johnny English Reborn), Richard Jenkins (Step Brothers, Fun with Dick and Jane), and Robert Duvall (Secondhand Lions, Kicking and Screaming). It is about a man that is called in to investigate a crime scene to find a killer of five innocent people that have something connected with each other and figure out if the suspect they have is guilty or not. The suspect asks for Jack Reacher who tries to figure this problem out without help from the cops. I really liked it for the mystery of it, seeing what would happen at the end, and the action scenes! FINAL SCORE: 90%= Juicy Popcorn

Changes have been made to this review after The Juicy Awards of 2013. They do not effect the results of what has previously been punched in for Movie of the Year.