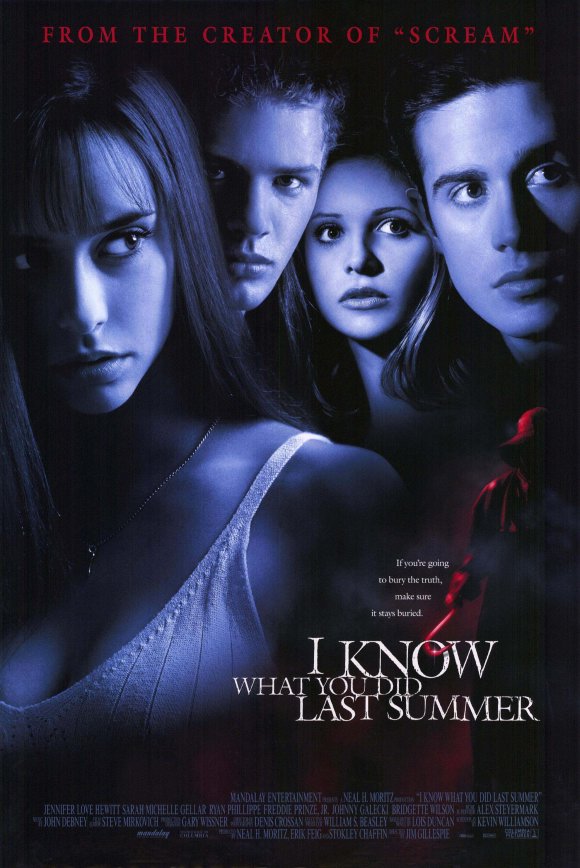 A year after four friends bury a man they accidentally hit on the road, they are hunted by an unknown force that supposedly knows of the crime they committed.

What happens when a group of teens run over a man and hide his body? Someone finds out. And they make sure to let them know, that they know, what they did last summer.

Halloween is just around the bend, and I found it fitting to dip my toe into horror waters. Scanning through almost all streaming sites, I landed on a 90s classic boasting the greatest teenage heartthrobs of the time. Yep, “I Know What You Did Last Summer.” What a title. What a film. Kevin Williamson – creator of “Dawson’s Creek” – penned this slasher, which set itself in a place all too familiar to him: a small coastal town. Of North Carolina. With a beach called Dawson’s Beach… I guess you write what you know.

Due to the immense success of “Scream,” Hollywood was scrambling to craft new pictures boasting scathing deaths and eerie mysteries. “I Know What You Did Last Summer” catered these things wonderfully, capturing a thrill ride that is quite entertaining. From the performances to the fisherman villain to the somewhat cheesy-yet-aware-of-itself dialogue, there’s plenty to offer and I found myself enjoying my time.

Let’s take a moment to talk about the casting. If you haven’t already seen the list, it’s quite bonkers. Jennifer Love Hewitt, Freddie Prinze Jr., Sarah Michelle Gellar, and Ryan Phillippe. I mean… excuse me? I’m not sure who was already on the map before this released, but this had to be a breakout film for some of these kiddos. Though the performances could be a bit over-the-top, they fit the style. The teen angst and frazzled energy are all there on full display, with lines that teeter between thrilling and soap. It should come as no surprise that the actors are what sold this. Plus, it was a treat to see all of them sharing the same screen, which I’m sure is mainly a pro for those older than forty. 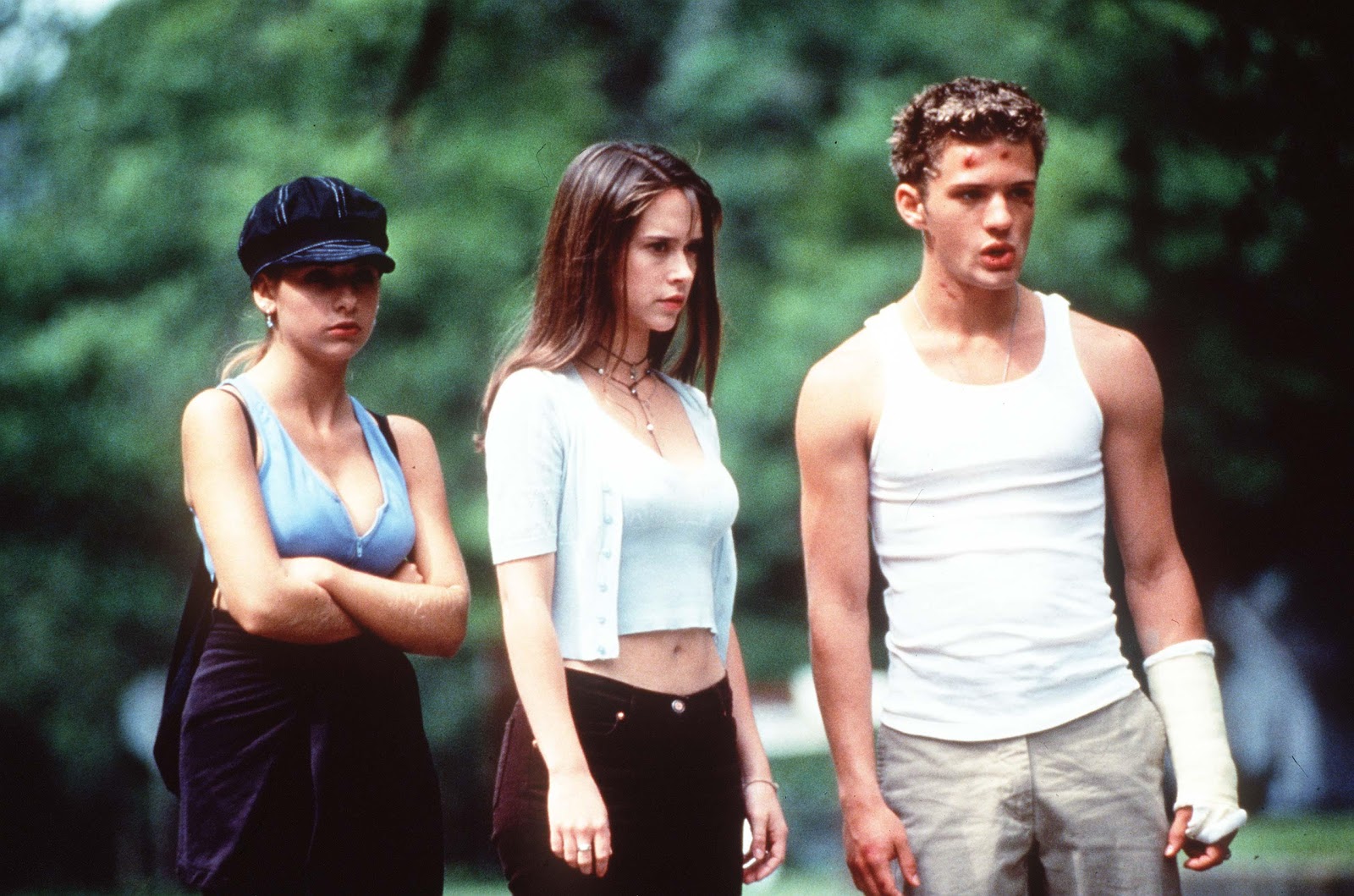 The ongoing mystery of this caper is figuring out who knows what these bad teens did the summer prior. And for the most part, the story works. Williamson weaves an interesting narrative that keeps one on their toes, though I’m not sure that I was as surprised as he wanted me to be. I don’t know if others felt this way, but the man I saw these kids put in a trunk didn’t look like the person they thought they killed. So when that reveal was given, I scratched my head. I did the same in a few other instances.

Walking into this one, I believed that I would be seeing a suspenseful thriller. However, when I realized it blended those elements into a slasher, I readjusted my expectations. There’s good mystery to be found in this one. The acting works and the location is beautiful. And though some events offer cheese, they are ultimately supposed to. Some of these characters go through the ringer; so much so that at various points, they should’ve died. Physics and realism aren’t anywhere to be found, but is that what I came here for? No.

As a slasher, “I Know What You Did Last Summer” is solid. Which is saying a lot, because I don’t care for that genre whatsoever. The story is fun as are the actors, and escaping into this world proved to be an entertaining night at home on a Friday. If you are a fan of this genre, or are looking for something a little spooky, I recommend it. FINAL SCORE: 77%= Juicy Popcorn