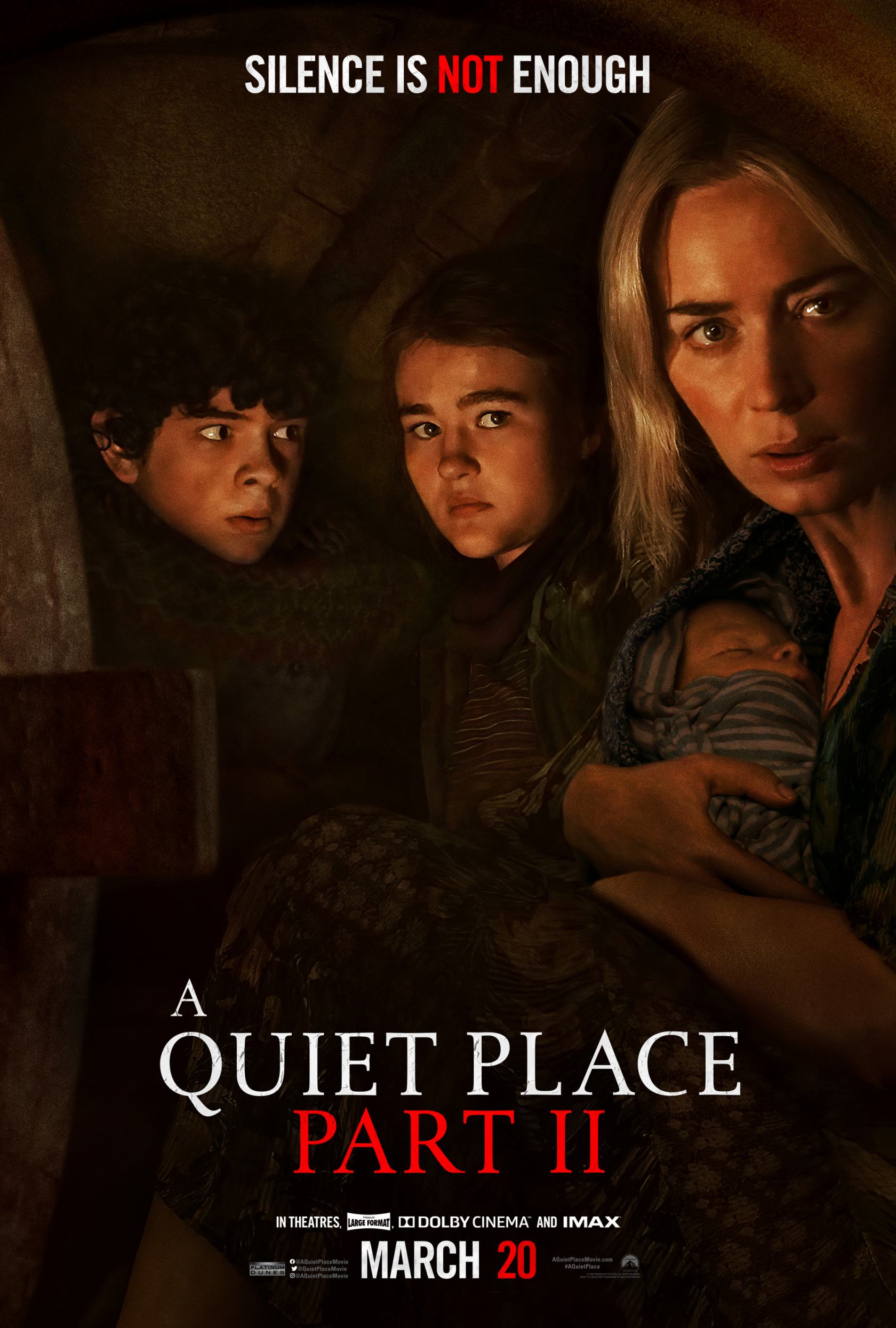 Reeling from the events of the previous film, the Abbott family leaves their farm in search of help, only to discover that no one can be trusted.

Hot diggity dog, now we’ve got something in the theater to look forward to (completely biased statement, I am aware).

I’m questioning whether or not this franchise will become the next Matt Reeve’s “Planet of the Apes.” A series of movies that, while critically acclaimed, aren’t necessarily the Hollywood darlings (however, I would argue that this franchise is far more popular). Because let me tell you, “A Quiet Place Part II” gets the job done. It’s good people. Really good. And that’s not to say that it transcends its predecessor; really, the two films can go toe-to-toe, with this sequel earning badges for opening up this post-apocalyptic world to us. But let’s not jump the gun too quick, now.

Getting back in the director’s chair (and solely writing it this time around), John Krasinski astounded me by making yet another contained story with enough tension to grind anyone’s fingernails to dust. With the Abbott family now leaving their once-safe home, light is shed on the world around them, albeit small glimpses. Being a small step forward of a film, only a few new characters are introduced, including Cillian Murphy and Djimon Hounsou, both of whom were fun additions.

Like the last movie, the performances in this are top-notch. Millicent Simmonds and Noah Jupe step up to the plate in a bigger way, earning more screentime and story weight. With the tale “Part II” weaves, we are certainly being set up to see these kids take the mantle, and it is actually done well. Typically, features shifting its lead from adults to their kids isn’t my cup of tea; the adults are far more interesting, in my opinion. But in the case of “A Quiet Place Part II,” I feel comfortable with that. Especially since both actors are fantastic. (And it’s also good to note that Emily Blunt once again delivers. A great performance, that is, not another baby).

There’s a lot to be admired in this sequel. Throughout the course of its runtime, I was on the edge of my seat. The sound design is fantastic, offering enough scares in the silent moments and use of even the smallest of sounds. I also enjoyed the score, composed by Marco Beltrami (well, really the “Leaving the Farm” track; the rest are fairly basic, but served a purpose). Krasinski upped the ante in many ways, giving us more action, world-building, and even talking. Really, all of this made me crave for more, and what became a downfall of “Part II” is its lack of being a whole film. From beginning to end, it’s essentially a continuation of the first flick and a bridge into the third (yes, there’s a third confirmed). Which is obvious, I know, but even a sequel should feel complete in its own regard; “Part II” basically felt like an episode of a miniseries. A great miniseries, mind you, but by its end I didn’t feel as satisfied as I was with the first. There’s a clear arc that is set up and finished in the movie, but it’s more of a character one than it is a story one.

In spite of all this, I thoroughly enjoyed “A Quiet Place Part II.” While I wish that the theaters weren’t being stuffed with sequels and superhero flicks, I am grateful to receive a well-made sequel regardless. If you have seen the first movie and aren’t sure whether to pay to see this one, please do. You won’t be disappointed. FINAL SCORE: 89%= Juicy Popcorn

One response to ““A Quiet Place Part II””