When the time comes for his arranged marriage with a princess he’s never met, Prince Akeem (Murphy) of Zamunda flees to Queens, New York with his assistant Semmi (Hall) in pursuit of a woman who won’t love him solely for his wealth or title. 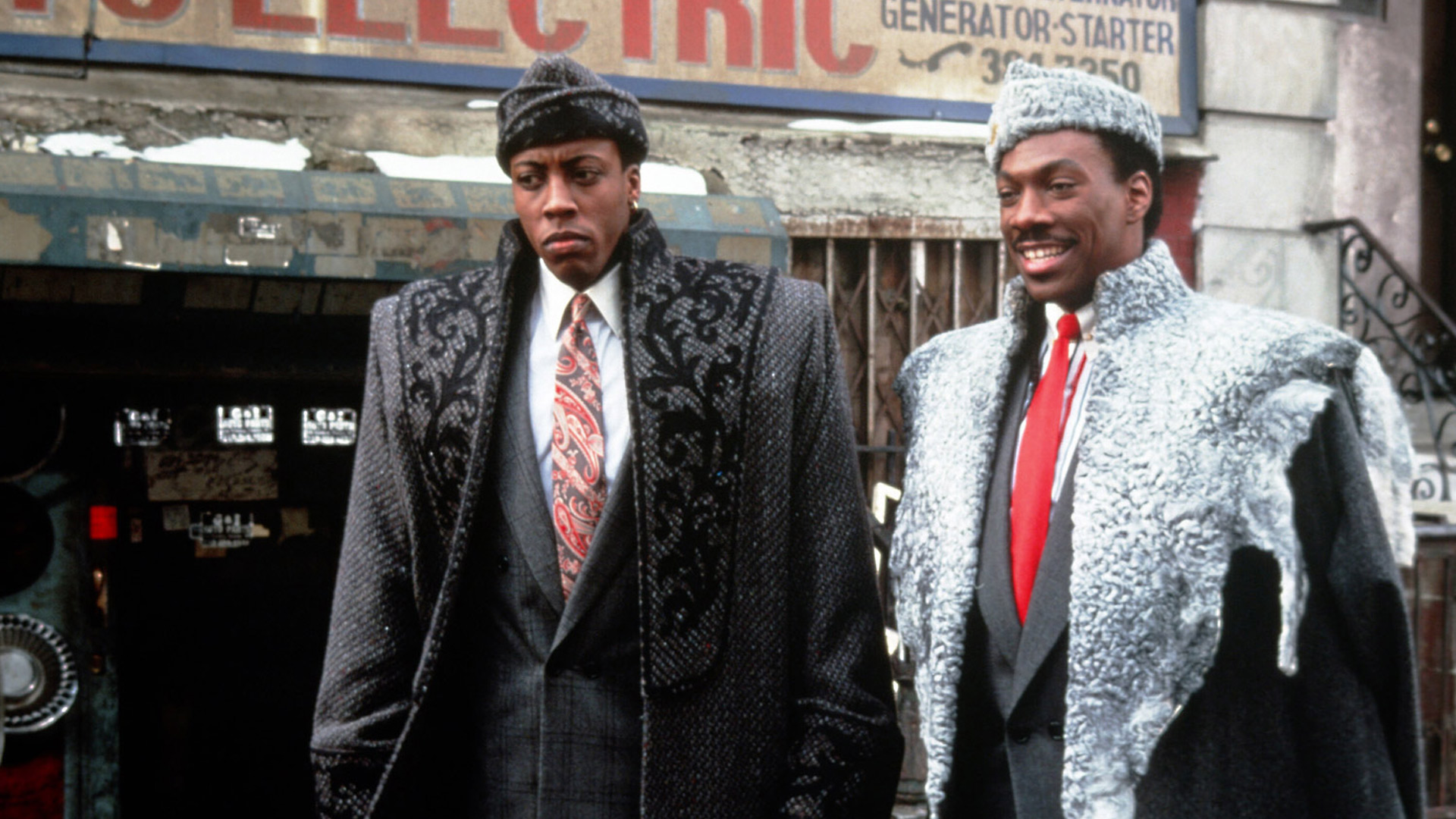 One day, while perusing in a Walmart video section, I stumbled upon a classic on the bargain rack: “Coming to America.” I couldn’t pass up. After all, it’s deemed one of Eddie Murphy’s best. And I have yet to see it. Until now.

Yes folks, this flick is one of those many society-deemed classics that I did not grow up on nor got around to seeing (and after watching “Coming to America,” I can safely say it is not kid friendly). With millions of movies out there in the universe, tons of which getting recommended to me on a daily basis, it takes time to see anything. And with the recent release of this film’s sequel, I thought “why not?”

As you would expect, this movie is funny. If not laugh out loud, it certainly is entertaining. Murphy does what he always has, putting on a show almost effortlessly (and portraying multiple characters, at that). His role of Akeem is an endearing one, balancing the silly moronic with the tender straightman. Paired with Arsenio Hall (who also comes to play), he’s unstoppable. Clearly, they are the best part of this feature, along with the colorful array of characters who grace the screen.

From beginning to end, “Coming to America” is a fun watch. It hits all the necessary beats, playing up the comedy while saving room for the emotional. It does what you expect, but makes the journey enjoyable. It’s always funny to observe a fish-out-of-water scenario, and watching Prince Akeem tackle the slums of Queens, New York is wonderful. Not to mention the visual appeal of this feature, from the fantastic wardrobe and design of Zamunda to the 80s atmosphere of New York. You certainly won’t get bored by this movie.

With all that said, there were a few elements of the story that I found disappointing. Particularly the ending. When it comes to comedy, there can be a tendency to glaze over details. Stories built around jokes and humorous situations can decide to ditch the logical and go for the absurdist; it makes sense, and it is what I expect. But sometimes, there are choices that are made that don’t sit well with me (ones that are a bit too absurd). Such is the case with how “Coming to America” gets resolved. Honestly, it feels like there was a scene cut between Akeem trying to win Lisa (Headley) back on the subway, and him getting what he wants at the end. Where’s the make-up? Where’s the explanation? I guess we don’t need one. But in doing so, the writing became lazy. Either they didn’t want to find a way, wrote themselves in a corner, or had to make runtime. Whatever the case, it irked me. Some of you probably won’t mind (it is a comedy that delivers the happy ending we all want), but as for this reviewer… I would’ve loved some kind of bridge.

Overall, “Coming to America” is an entertaining watch with good laughs, solid characters, and a fun idea. It’s hard not to pass up. FINAL SCORE: 80%= Juicy Popcorn

One response to ““Coming to America””