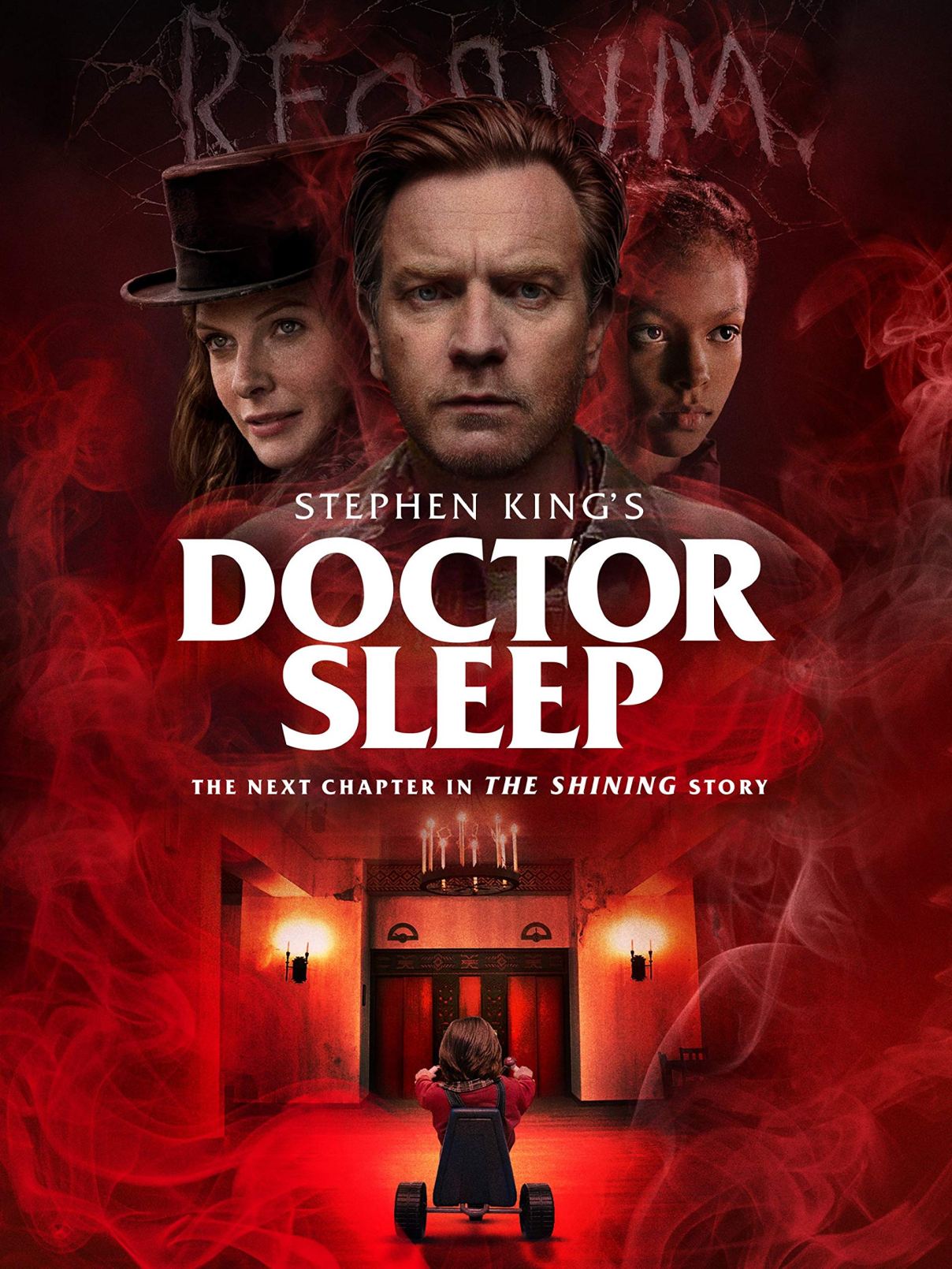 We’re one month from October, and you know what that means! It’s September. Yep. Pretty simple. And you thought I was gonna say something else, were you? I know, I like to mix things up. That’s why I decided to randomly review “Doctor Sleep,” 2019’s horror follow-up to Stanley Kubrick’s highly-acclaimed “The Shining” (which I reviewed, right here). Honestly, it’s not that much of a surprise that I would review this one. I’m a fan of Kubrick’s film (even though Stephen King isn’t) and when I heard this was getting released, I was pumped. This time around, we’ve got all-star Ewan McGregor leading the troupe and a screenplay with the golden Stephen King stamp of approval. Mike Flanagan surely had a hill to climb, as he had to write something that would both tie into Kubrick’s and King’s separate versions of “The Shining.” What came out was something quite… intriguing. Just when you thought the whole aura of the classic horror flick and its concept of the power of the shine was mind-boggling, “Doctor Sleep” both makes things clear and vague at the same time. Say what? You heard what I said. In its two hour and thirty minute runtime, I learned a little more about what the shining actually is, but was also left with more questions. It’s a fairly complex story element that will need further study to truly figure out (if that is even possible). Particularly with the Overlook Hotel. McGregor’s Dan Torrance does in fact visit the hotel once again, and even sheds light on what was actually lurking within its walls. At the same time, the mythology of this place, its inhabitants, and what really happed to Jack Torrance is still up in the air; at least for me. Some might think it is all resolved, but as for this reviewer, I’m still scratching my head. Aside from that puzzling element to this story, there is quite a bit of things to see from “Doctor Sleep.” Though its pacing can wane from time to time, it is chocked full of characters and arcs that all mesh together rather nicely by the feature’s third act. While we are led to believe by the trailers that this is all about Dan Torrance, he actually doesn’t take up most of the spotlight. That goes to the newbie Abra, who is a girl with the shining and has some of the most powerful abilities that Dan has seen. This catches the attention of a gang of people who feed on the shining, led by Rebecca Ferguson’s Rose the Hat. For once, I enjoyed the villain. Ferguson did a solid job and the role was fleshed out enough to where she wasn’t just another one-dimensional obstacle. And her gang was scary, too. This movie had to have one of the most horrific scenes I have witnessed in a while where Rose’s troupe tortures a kid (played surprisingly by Jacob Tremblay) to suck his shining. If you are squeemish for torture sequences, this one takes the cake. It was awful to watch, and coupled with the stellar performances and make-up, made me want to leave the room (and call into question how a filmmaker can go to these depths in subjecting a viewer to such horror). There’s quite a bit of spooks in this, most of them coming from the final act where we see Dan return to the Overlook and the ushering in of the haunting score that was featured in “The Shining.” I got chills. Kudos to Flanagan for figuring out how to bring back Dan’s parents. Rather than trying to do visual effects or throw in archival footage, Flanagan chose to cast actors who simply looked like Jack Nicholson and Shelley Duvall; the results were good, and the scenes still packed a punch that had them. Everyone did a good job in their performance with this, going above what you will usually find in horrors. Along with that, the cinematography is solid and gave way to some beautifully shot sequences. “Doctor Sleep” works well for a follow-up of “The Shining.” It answers some questions, asks others, and separates itself so it can be its own thing. Of course, it does have its issues. I would’ve loved to have the shining be a bit more concrete than what it was, and there were certain directions of moments and characters that I thought were poor. Particularly how contradictive some characters can be, like Torrance’s friend Billy Freeman (Curtis). The man tells a story of how he stopped hunting once he smelled the rotting carcass of a deer, yet had no trouble shooting people point blank in the head. How does that make any sense? And by the story’s conclusion, I was wondering if the wrap-up of Dan’s tale was really the right approach. Did he deserve it? Is that what was planted for him to do in the film’s beginning? It never seemed to me like the character needed that moment in the end because it wasn’t that warranted with what he endured throughout the course of the picture. Sure, it’s fine what happened, but to me it just felt like an easy choice (considering how many of these adult-mentoring-kid stories end). Overall, “Doctor Sleep” respects its predecessor in both story and tone, creating a narrative that will intrigue, haunt, and entertain audiences. If you have seen “The Shining” and are wondering if this is worth it, I’d say it is. FINAL SCORE: 79%= Juicy Popcorn

One response to ““Doctor Sleep””