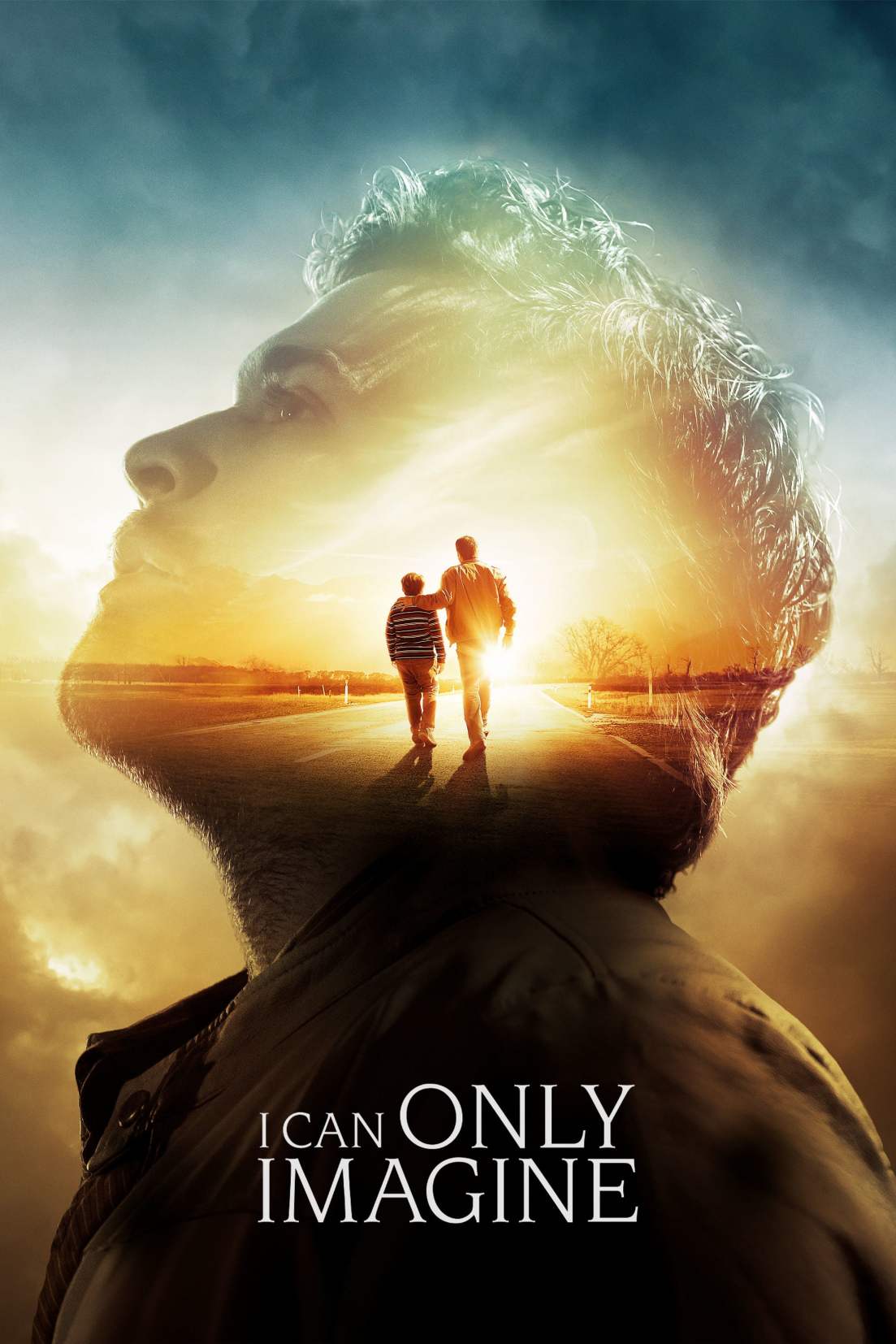 It’s not often that you see a Christian movie that’s actually…well…good. You’ve bared witness to that on my site before, ranging from the worst to the greatest in regards to religious-centered features, and while “I Can Only Imagine” isn’t perfect, it’s surely does entertain and warm the heart. I’ve enjoyed the band MercyMe for a long time, since their release of the album “The Generous Mr. Lovewell” (solid album and song) so of course I was done to see a flick based on the lead singer’s life. It’s one of familiarity for sure (an abusive father and redemption), but the fact that it’s Bart’s story offers a sense of authenticity that not only enriches his music but also makes for a very good viewing experience. The movie takes you through the majority of Bart’s life leading up to his release of the titular song “I Can Only Imagine,” with a sole focus on Bart trying to find closure with his dad. It was surprisingly well acted (as in not corny or sugary), with good performances from J. Michael Finley and Dennis Quaid, who by far did the best work in this release. He seemed to resemble a lot of Hugo Weaving’s character in “Hacksaw Ridge,” but I was still impressed by his role regardless. Juggling between the dad relationship, a girlfriend, and following his dream of singing, Bart’s life unfolds with a lot of excess in this almost two-hour venture. For the most part, it’s a good experience with a lot of heart and soul flowing into it. I liked the pacing and didn’t find it to be too sugary for my tastes. The best bits are the ones shared between Bart and his father, and while the other stuff involving his girlfriend can wane, it doesn’t slow down the picture at all. If anything, it’s just a matter of going through the motions to give Bart some dimension through relationships with other people. He goes through a lot in his lead-up to the success of MercyMe, making for a compelling story to follow until the end. It doesn’t look to sell as something Hallmark nor does it take itself too seriously. Basically, “I Can Only Imagine” is a feel-good movie with a dark upbringing. There were only a few gripes I had with it, one being how predictable it can get while the others can serve as nitpicks (like the filmmakers trying to make me believe actors who look like they’re thirty are high school students at the beginning). One thing you could get upset over with this release is how it’s not really a movie about Bart’s relationship with God. Out of all the bonds he has to keep in this film, the one with the Lord isn’t really developed or explained. The start of his walk with Christ is rather inferred by his Christian camp he went to as a kid. I didn’t have too bad of a problem with this, though it did make some scratch my head when the movie that’s named after a song that talks about being with Jesus focuses solely on Bart’s relationship to his dad rather than working on his issues/love for God. It’s as if it’s supposed to be second nature even though he never really talked about God rather than sing about him. Sure, he led his father to Christ, but it was done through montage, as did the creation of his song. This may be due to production company influence in order to sell to larger audiences, but then what’s the point about a film revolving around a man of God and not even developing his relationship with Him? Like I said, it isn’t that troubling as it does do right by painting God in a good light and telling of redemption; I just think the subject could’ve delved deeper into Christ. Overall, this is a solid movie with a heartwarming finale and strong build-up that will surely be fun for the whole family. I say give it a chance. FINAL SCORE: 84%= Juicy Popcorn

One response to ““I Can Only Imagine””