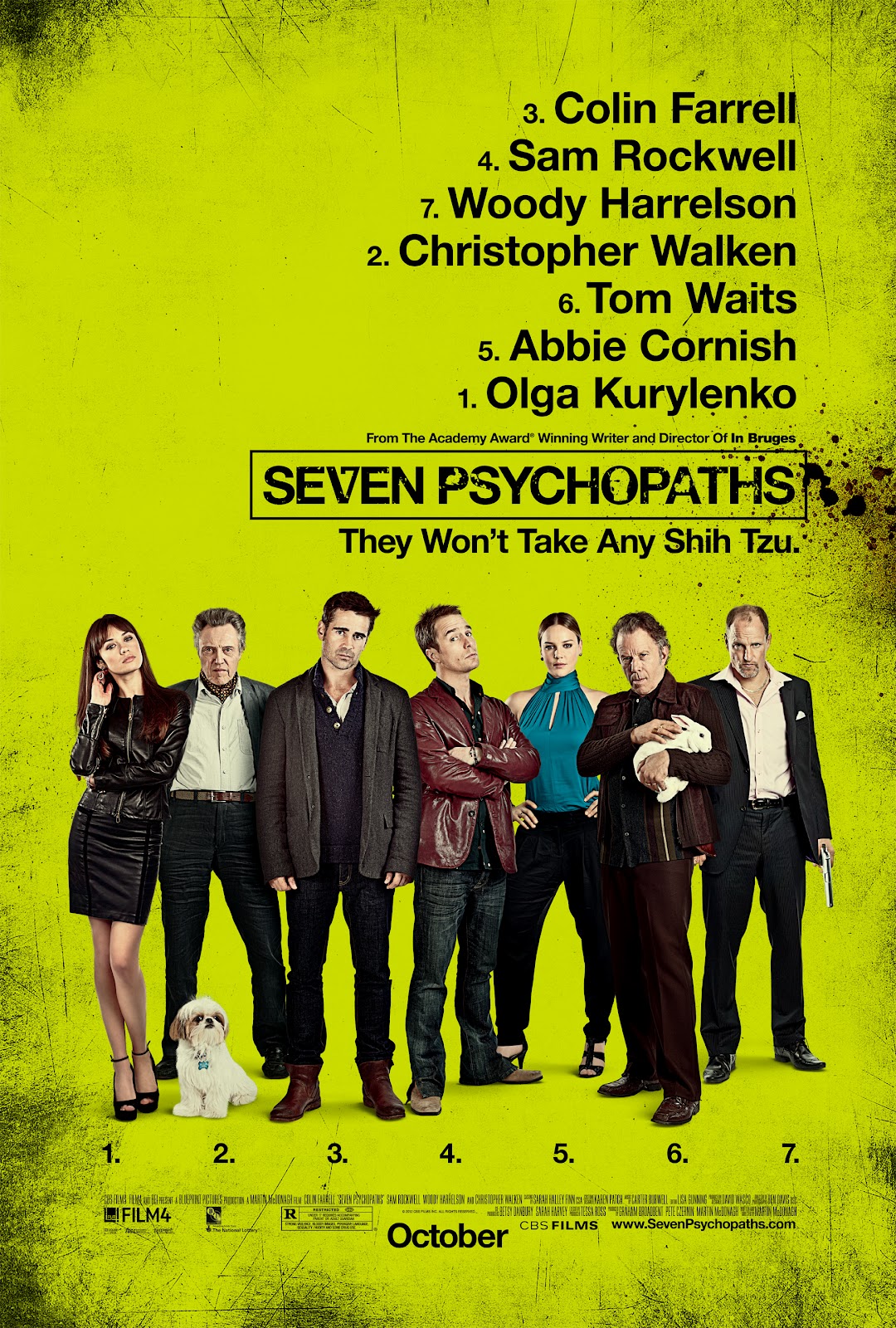 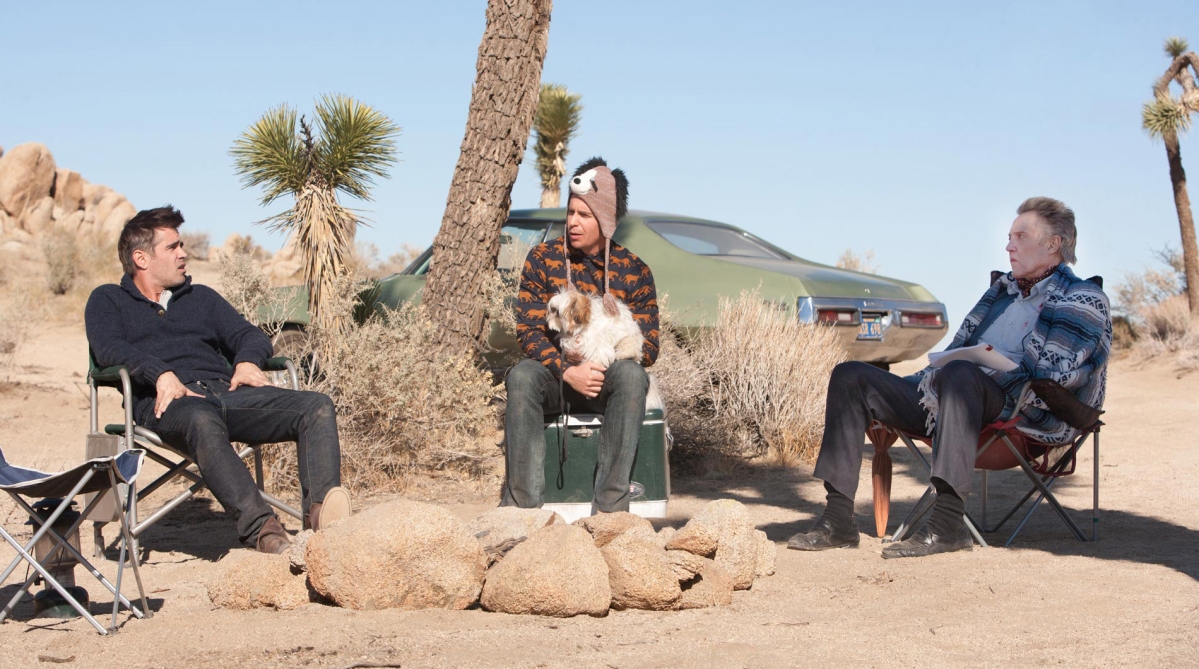 I thought that I would have to wait until “Swiss Army Man” to see a film as insane as “Gentlemen Broncos.” Turns out, all I needed to do was watch “Seven Psychopaths,” a movie so bizarre, confusing, and funny that it is surprisingly fun and enjoyable. I didn’t know what to expect walking into this one. The trailer suggested a dark comedy, and although I got that in the final product, I never knew that it would be intensified to this caliber. This release is dark, but not in a Tim Burton way. It’s more of a dark-on-the-inside film, in that on the surface this looks like a typical dark comedy (minus how incredibly weird it is), but the more you look into it, the darker and more twisted it gets. To be honest, all of its dark elements were covered up by the fact that I could barely understand this movie. So much stuff happens, all of which lies under two separate story arcs that collide in the most convoluted way. You have the real world, where Billy, Hans, and Marty are on the run from a psychotic mob boss who wants his Shih Tzu, and then you have your written world; the one in which Marty writes for a film of his own. The problem with these two arcs is how they blend, pointing to my main con. Most of the time, I couldn’t tell what was script and what wasn’t. Marty is writing a movie called “Seven Psychopaths,” numbering off his characters as he creates them. One example of how the real and written world oddly meet is when these numbers for the psychopaths not only first appear in Marty’s script, but in real life as well. No, the fake characters don’t pop up in reality. It’s just that when the numbers fly up on the screen when a character is written, sometimes they are shown when a real-life character is introduced, like Woody Harrelson’s Charlie. It would leave me confused as to if his character is in Marty’s script or not, seeing as how he is the mob boss chasing after our main characters. You’d find this issue quite a bit throughout this film’s runtime, especially with how sharp the script interjects the main plot, but for some odd reason I loved the heck out of this. This movie is weird beyond measure, but I enjoy these types of releases as they offer fresh stories that are incredibly unique, and that is what “Seven Psychopaths” is. When comparing this with “Gentlemen Broncos,” think of “Seven Psychopaths” as the hangover while “Broncos” is the party. This film knows what it is doing, and even has a reasonable storyline to follow, preferring somber craziness over utter outrageousness (most of the time). To put it short and sweet, this is just a messed up feature. There’s insane gore, cussing, random nonsense, and idiotic scenes that add to the flavor of this peculiar project created by a man who seems to be the only one who understands what is going on. I felt as if I took a trip into this director/writer’s mind, and what I experienced is hard to comprehend. I had a great time though, and that is because of how fun and original this is. I’ve never seen anything like it before, and on top of that, this is actually really well-made. The acting was terrific, with everyone doing a fantastic job. Christopher Walken, the main reason why I watched this, was utterly amazing, even though I couldn’t understand what he was doing some of the time. Sam Rockwell came in at a close second, performing on a level that I always appreciate him at (funny how he’s in this and “Gentlemen Broncos”). Colin Farrell did a great job as well and I liked his accent. He played a good straight guy to this messed up film. Woody Harrelson was…well…Woody Harrelson, except bad (bad as in evil). I enjoyed his performance, being as how his main objective was getting the love of his life back; that being a dog. Besides the acting, the cinematography and directing were great. I loved the landscapes of the desert and how gritty it was. This definitely has some pulp in the way it is filmed, and I think that adds to how different it is. When talking about what I liked about the plot, it would be complicated. It takes an acquired taste to actually enjoy this feature, as this writer doesn’t shoot for what makes all audiences happy. There’s a lot of crazy crap that happens, and whether for good or bad, I loved it. There were some slow parts, mainly in the first half, but once our characters reached the desert everything became cinematic gold, at least in a bizarre sense. Although not everything blended together, I was captivated in almost all of the scenes. I wanted to see how Marty’s script would turn out as well as his situation with escaping a mob boss with his friends. To me, there are many things to like about his release, mainly with how different it is. I laughed at parts and was with our characters the whole time as they all had great chemistry. Of course, I can’t give this a phenomenal score if I can’t really understand it fully, but I will give it something special as it sucked me into its world and never let up. That and the more I think about it (I thought on this for a whole day), the more I love it and begin to piece together some of the stuff I don’t get. If you are into quirky, weird tales like “Gentlemen Broncos” (or any Hess movie), then you’ll get a kick out of this one! FINAL SCORE: 89%= Juicy Popcorn