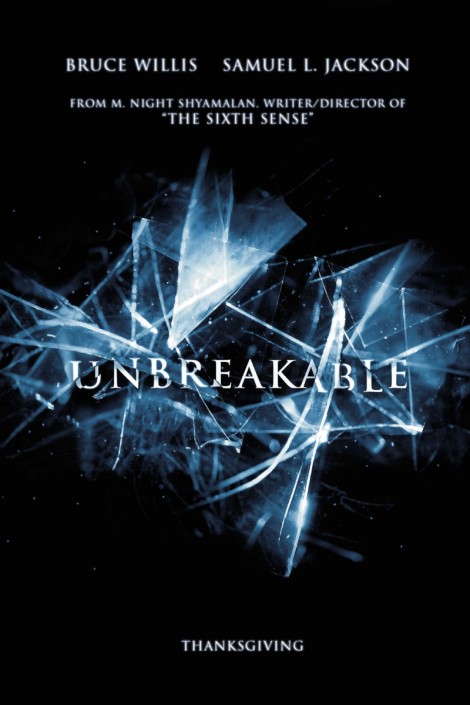 BONUS MOVIE REVIEW: Yes that’s right folks! Another bonus movie review!! I got to see the movie “Unbreakable” last night that stars Bruce Willis (Over the Hedge, Die Hard series) and Samuel L. Jackson (1408, The Avengers). It is about a man named David Dunn (Willis) who becomes the sole survivor of a train crash that kills 132 passengers. The weird part is that he comes out without scratches or bruises on him. Another man named Elijah Price (Jackson) is a comic book specialist who has a disease that makes himself very fragile and is given the nickname, “Mr. Glass.” He invites David to his comic book store and tells him of his theory. His theory is that the two of them “seemed to be linked by a curve, but sitting on opposite ends.” David thinks the man is crazy until he goes into his records of sick days at work and finds out that he has never been sick or injured in his life and that he can also lift heavy objects that normal people could not. I liked the movie a lot even though it’s consisted of mostly dialogue. It gets slow at parts, but in the end it was a great movie with great acting as well. I would recommend this to any superhero fans or fans of “The Sixth Sense.” FINAL SCORE: 85%= Juicy Popcorn