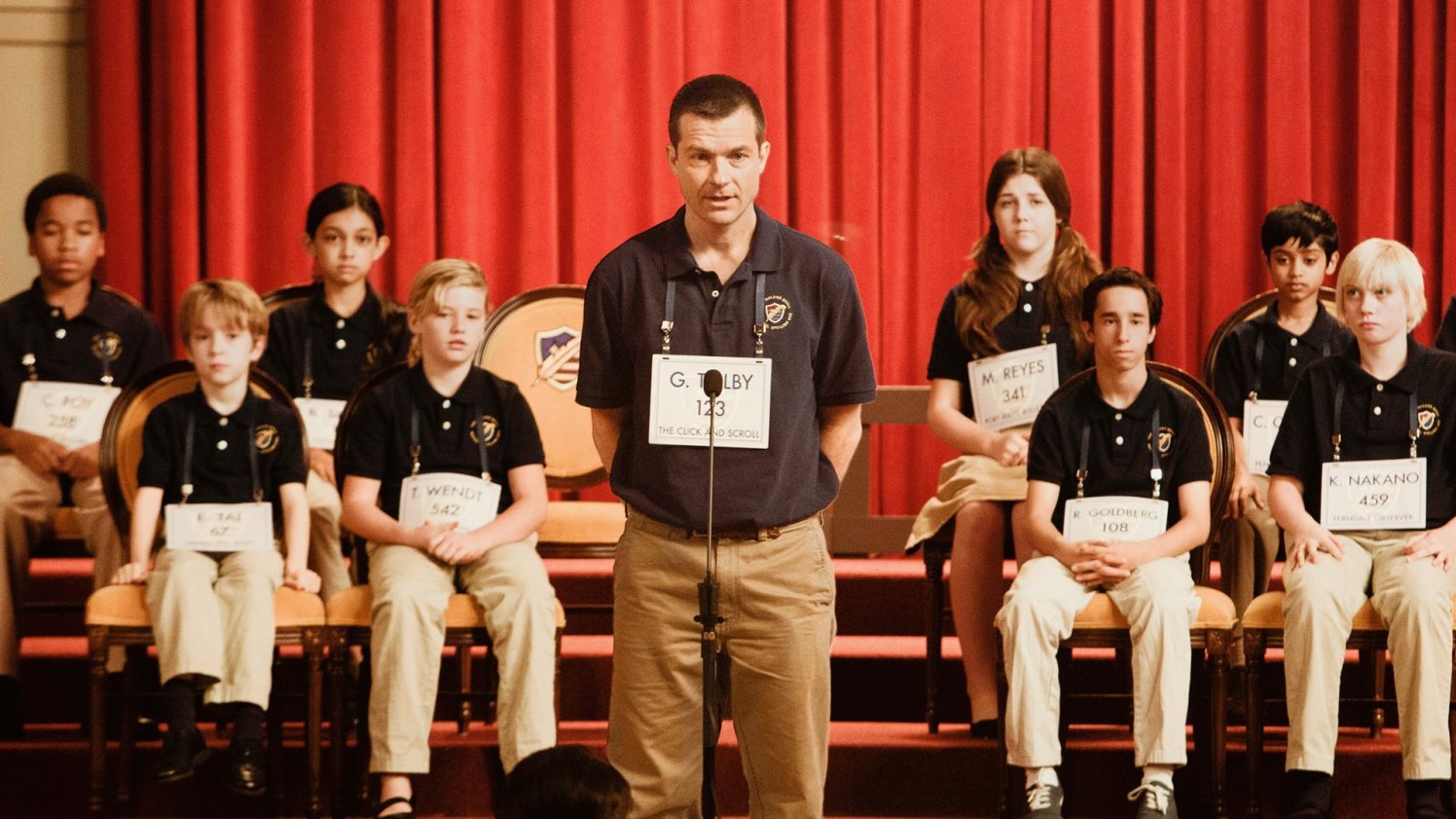 Such a fun concept. A grown man competing against children in a spelling bee. Of course, there’s a lot more to it than that, but if there’s anything that can be said about “Bad Words,” it’s at the very least entertaining. Outside of that, that’s where things get messy. The first film directed by Jason Bateman, this indie feature capitalizing on a small idea and implementing as much humorous moments as one can. Bateman’s character, Guy, is a fun one, albeit an awful person. He’s more so entertaining in how a film can be centered around someone so foul, without much good in him. Certain moments come up that show his nice side, but for the most part, he’s rude and cynical. Funny enough… a lot of the other characters are too. I think I got more kick out of the secondary character (i.e. the parents of the kids) than anyone else because of their stupidity. This movie loves to exhibit bad behavior, as well as ignorance, and it goes well with its title. Is this a terrific film? No, I wouldn’t think so. As far as indie pictures go, it’s a fun watch to pass the time. It’s unique, has solid acting, and well-written humor to keep things alive. The problems that rose for me came from it’s story progression. Guy travels around with this reporter played by Katheryn Hahn, who feels more like a plot checkpoint than anything. Whatever development is to be made of Guy goes through her, because she’s interviewing him on why he is doing what he’s doing. The fact that she gets next to nothing from him and finds out through other means makes for a rather sucky development. Why bother with this person when you can scrounge up evidence on your own? She at least provided a good sound board/foil for Guy to make her somewhat useful. As the story progressed, things got more wild and I was wondering how it would all get resolved. What’s the real reasoning behind Guy doing this? Will he win? What will he learn? Well, all of this was kind of dumped last second. Possibly the biggest flaw with this movie is it jumps the gun on its sappy, “time to learn a lesson” moment. Once Guy’s true intentions are revealed, the writer makes the cliche move to give Guy a heart without proper development of it. Without spoiling it, I will say that, while it made sense what Guy would do at the end (in the sense of how these sort of stories work), there was no build up or indication to it. He was still seeking his goal beforehand, making this switch out of left field. The movie acts as if this was all according to plan in the moment, but as for me, I would’ve loved a smoother process. One that involves necessary reasoning to Guy’s choices. The ending didn’t sour the whole picture, but it sure put a damper on things, considering how abrasive the whole feature is. I enjoyed it, for what it’s worth, and thought Bateman did a good job for being a first-time director. “Bad Words” has some fun humor and a fresh concept. While it has its glaring flaws, it’s a nice little movie to pass the time with. FINAL SCORE: 71%= Burnt Popcorn

One response to ““Bad Words””