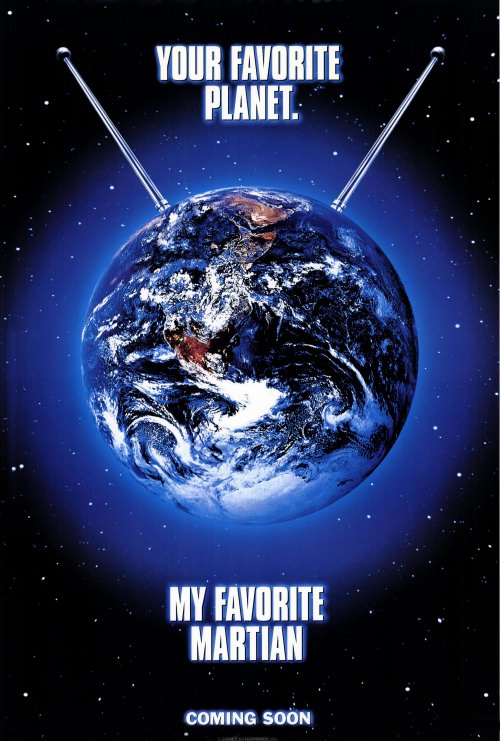 Does anyone remember that one reboot film starring Jeff Daniels and Christopher Lloyd as your supposed “favorite Martian”? Because I sure do! Man, what roped these guys into this project? A desire to test fate? Roll the dice? Maybe they just wanted to work with each other. Growing up, I always enjoyed seeing “My Favorite Martian.” No, I never saw the original television series (heck, I didn’t know there was one until recently), but I’m sure I would’ve if it contained this level of humor and entertainment. It’s your usual comedy fodder you’d find perusing on cable one Thursday night; it’s perfectly fine to have on in the background, maybe keep your kids quiet, but that’s about the extent. Sure, “My Favorite Martian” has its charm, but it is certainly one of the most absurd entries in this marathon. Almost all of the acting is over-exaggerated, the dialogue is on-the-nose, and it plays into the concept we have seen time and time again: get the alien home! I was shocked to find this feature so harsh in its execution. It takes hardly any time to develop anything, opting instead to have all characters say what they’re thinking (could be as simple as someone picking up a cigarette and saying “I’m holding a cigarette!”) and moving along the story in a check-box manner. Our hero has his fall at this moment, the villain gains the upper hand in this scene; while all films follow structure, this one didn’t have any trouble airing theirs out to the audience. Where’s the ambiguity? Where’s the sense of adventure? This one has a journey, but it’s plagued with a gags-over-riches mentality. Thankfully, I found this movie to be quite funny. Not all the time, but enough to make me write it down. The opening scene got my biggest chuckle, simply because it played into the fact that the writers knew what this story was. There are good qualities in this movie, but you’ll certainly have to shut your brain off to appreciate some of them. I liked the chemistry between Daniels and Lloyd. While they’re characters are more so archetype to them as actors (straight man and Doc Brown), they made things entertaining, especially in Daniels’ reaction to the crazy things around him. The location of this film is also solid, something I’ve admired since childhood, with the coastal atmosphere taking full shape. And who can forget the toilet scene? It’s one of the most memorable moments from my childhood, all scored to the “2001: A Space Odyssey” theme. I can guarantee that you’ll find “My Favorite Martian” amusing, though not in the sense of high quality. I found this to be humorous in its silliness, never taking anything substantial away but the fact that I was entertained for the last hour and a half. Would I have picked something else over this? Sure. But who can resist Wallace Shawn getting seduced by Elizabeth Hurley? FINAL SCORE: 67%= Burnt Popcorn