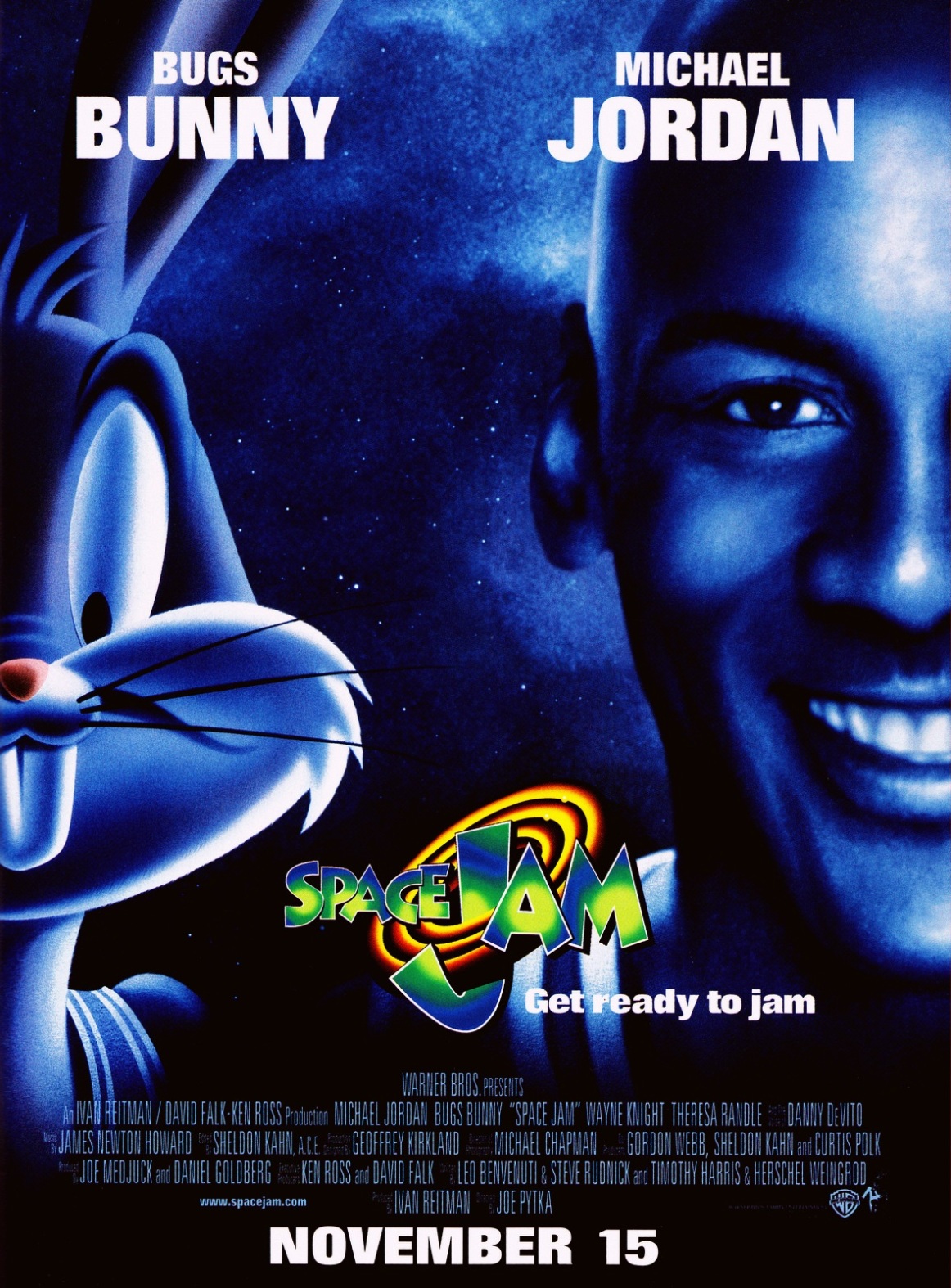 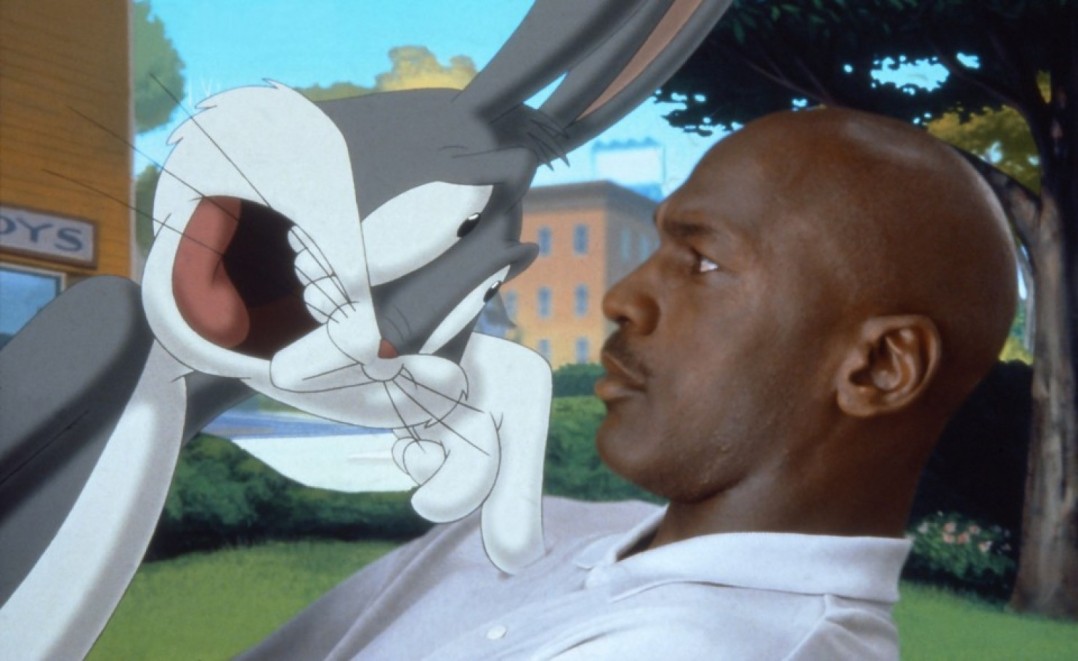 You saw it in the announcement, and now it’s here: my review for “Space Jam.” How this has become a film icon for many people around my age is a mystery. I guess when you combine basketball and cartoon characters you’re meant for something epic. We aren’t foreign to the mixture of live-action and 2D-animation; it’s been done since the 40’s, most notably with 1986’s “Who Framed Roger Rabbit.” At this point, Warner Bros was looking to reach to the modern audience; to reinvent themselves in the film animation realm, and what better way to capitalize than on one of the nation’s biggest stars at the time? Michael Jordan is quite honestly the most famous basketball player of all time. Sure, he’s been rivaled, specifically by LeBron James, who is looking to lead this feature’s sequel (what the heck will happen in that, no one knows). However, no one could top the impact Jordan made on and off the field, whether it be his many championship titles or his successful shoe brand. Tack on “Space Jam,” and the guy is well known across all generations. Why the heck is “Space Jam” so beloved? Because it’s nostalgic, that’s why. I hardly watched the film as a kid, probably two or three times. I wasn’t a fanatic like most, with my favorite Looney Tunes movie growing up being “Back in Action.” But, that doesn’t hinder this flick from joining in on my nostalgia marathon. “Space Jam” was THE movie to talk about when it came to a universal film language amongst the kiddos. It was hard to find someone who hadn’t seen it, which was crazy. So, I was looking forward to seeing this picture once more, given how it had been several years since I last saw it (possibly ten years). The results? Quite interesting. It goes without saying that this is a chaotic, in-your-face experience. The conflict unloads at a rapid rate, as does the pay-off. Pacing is nothing; it’s all fast, and all crazy. I think within the first thirty minutes alone, the aliens hold the Tunes hostage, are challenged to a basketball game, get the powers of some of NBA’s finest, and Jordan practices with the Tunes for the game. There’s no question as to how these Tunes are alive in the real world. It’s just natural to Jordan I guess. Maybe he’s been to the Tune world before? There’s really no limit when it comes to kids movies. What I find fascinating is how short a child’s attention span can be. I remember watching this and thinking that is was as long as an epic. The pay-offs were big, all the story arcs were given plenty of time to be fleshed out, and jokes that were established at the beginning were paid homage to towards the end. Yeah, right. Most of the minor conflicts brought up or story arcs were resolved within minutes. Heck, there was a bit about “Michael’s Special Stuff” that was introduced, developed, and resolved in seven minutes. Excuse me? I guess the filmmakers don’t have much time to flesh out much within the eighty-minute frame. Don’t get me wrong though. This is a fun flick. I enjoyed my time, granted I laughed at things I probably shouldn’t have, including the outdated animation and poor acting chops. Jordan is great at basketball, but acting? Not so sure. The Tunes are the real champs of this, alongside memorable performances by Wayne Knight and Bill Murray, playing himself of course. A lot of stars in this played themselves as a play-on of their actual lives. What surprised me was some of the star power Warner Bros got, even in the smallest of scenes. Danny DeVito voiced the main villain, and Dan Castilleto and Patricia Heaton had a quick scene at a basketball game. Geez, talk about repaying favors and cashing checks. With all this aside though, I’ll say it’s a great movie for kids. It has a lot of strong themes that inspire hope in children, and who can deny a wacky Looney Tunes adventure? No one. You also can’t not like that 90’s aesthetic, with the smooth R&B music (this has some great covers), baggy clothing, and plain cinematography. It’s got a charm to it, one that lasts regardless of how many problems it has. I won’t say that nostalgia really boosts up the score for this movie, as I did enjoy my time. If you’re willing to look past it’s flaws or laugh them off, you’ll have a fun time. And for those who try to argue that it doesn’t have any issues… well, your judgment is clouded. Watch Jordan get crushed into a basketball, or Wayne Knight get flattened, or Bill Murray show up in the third act with no explanation. Yeah… but as they say, “come on and slam, and welcome to the jam!” FINAL SCORE: 76%= Juicy Popcorn

One response to ““Space Jam””