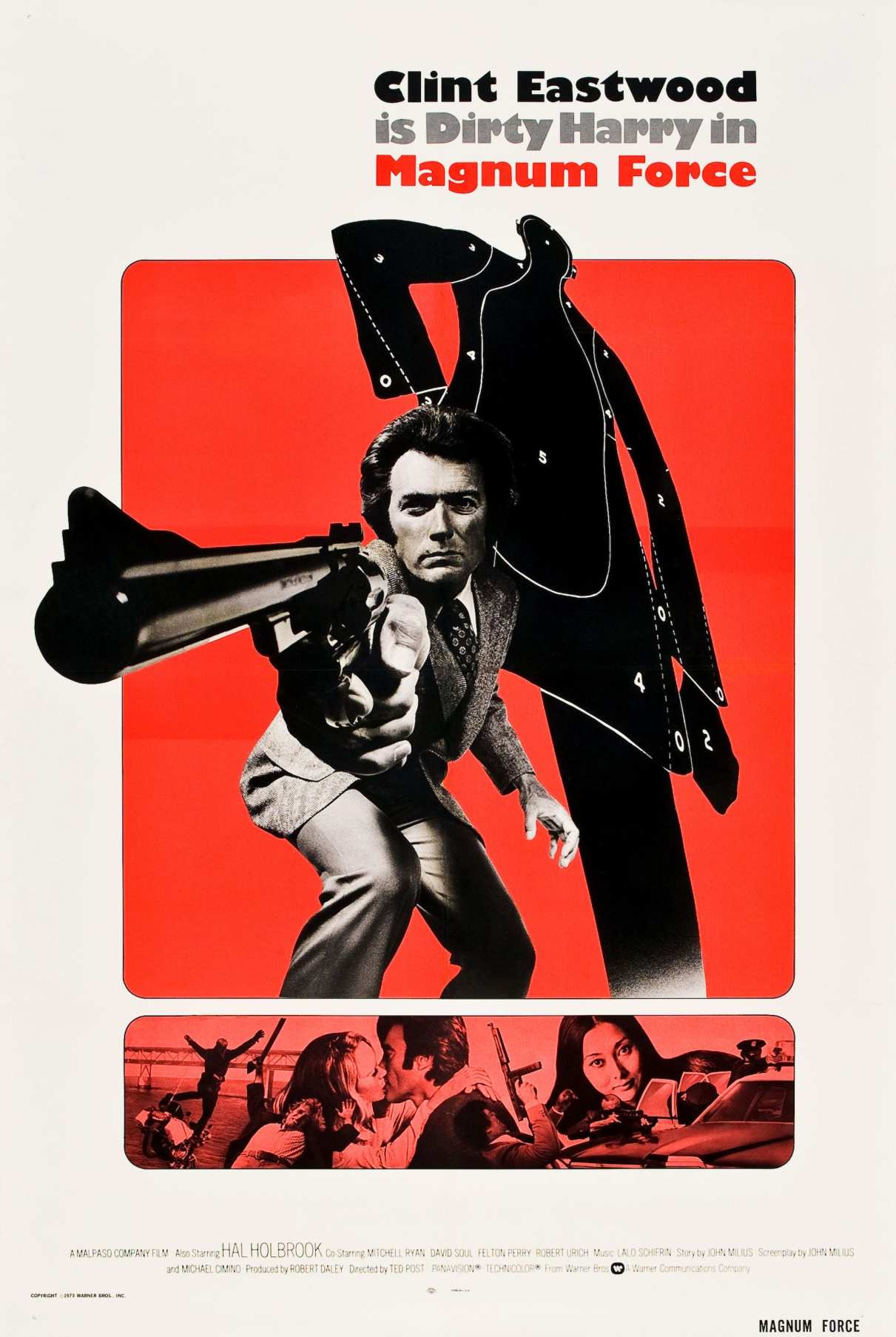 Harry Callahan is back on the streets doing what he does best. What’s the crime this time? A cop, like Harry, who takes the law too much into his own hands. It’s the battle of a lifetime, as one man fights his corrupt counterpart, in this second installment in the “Dirty Harry” franchise. Yeah, it’s not like I was ecstatic for this picture; I was more so interested as to what path it would take us on. I’ve kind of made it my job to not see any of the trailers to these features, seeing as how each one is a mystery and it would be nice to unravel it without any foreseen clips. In the world of “Dirty Harry,” you can really go anywhere, as long as it’s in the confines of San Fransisco, mind you. This is a detective series at heart, so the well is pretty endless as to what cases Harry will have to deal with. What was I hoping for? Something thrilling, hopefully exciting. What did I get? Something entertaining. It’s no secret that in most cases, the sequel underperforms the original, and “Magnum Force” is no exception. Though it has its own concept and works to dig deeper into Callahan as a character, it fails to encapsulate the utter thrill and suspense found in the first outing. Whereas Callahan was fighting a maniac loose on the streets, he’s now trying to uncover a hidden scheme where a cop acts outside of the law to shorten the prosecution system for criminals (by killing them, obviously). Most of the story structure is similar to the predecessor; we see Callahan in his natural element, solving various small crimes only to slowly work up to resolving the big one. It’s a formula that works and I wasn’t surprised they used it again. What I was hoping for, however, were cases with a bit more of a punch. Now that we know Callahan at his core personality, everything done in dialogue with how he’s a nasty cop is a retread, meaning that we need to see something hit him hard in this. While the rogue cop certainly does the job, the rest of the film struggles to gain much traction. There’s highlights for sure, like Callahan trying to stop hijackers by flying their plane, seeing his personal life, and watching his shooting tournament. However, there were certain aspects I didn’t care for, like Callahan’s underdeveloped new partner (and the reused trope of him possibly not lasting two weeks with Callahan), his fling with a young Asian in his apartment, and the fact that several women want to sleep with the man. I get it, he’s our lead character who’s mysterious, but that doesn’t make him so irresistible that in the same movie two women try to get in his pants. I thought that it was established in the first film that he had a tough front. His wife passed away a few years ago, leaving him hardened to personal human interaction. Now we’re seeing him be a player; it’s not a huge betrayal of character (they kind of ease into it), but it’s enough to raise an eyebrow. Everything else regarding the case of the rogue cop is pretty cool, even though it all unfolds in a repetitive fashion. A traffic cop is the evil one, so the victims are people who get pulled over and shot to death, with the exception of one specific group of suspects. Both the rogue cop and the maniac from the previous movie all share a similarity in that they have a messed up view of society, one outside of the system and one inside. I really loved the concept of this villain, however I wish it could’ve met a more thrilling climax. “Dirty Harry” had an awesome final match between Callahan and the crazed lunatic (even finishing on his famous line), but in this it all just kind of wrapped up neatly, without much struggle. The journey itself was engaging enough, I just wish it all finished on an epic scale (for a 70s San Fransisco cop drama, that is). There’s not much “Magnum Force” does to improve on its predecessor, though there are a few things. One is the direction and cinematography. I loved the shots this one had, especially in the first act. Two that stand out in my head are the opening credits shot and the shot where the camera is attached to the traffic cop’s bike as he pulls the first car over. Man, were those cool. Also, the musical score is solid, oozing with a clean 70s vibe that accentuates the style of this film. In the end, this was an entertaining flick with quite a bit of highlights to raise it above abysmal. It holds an awesome style that gives light to a cool concept; all that needed to be improved was the execution. FINAL SCORE: 78%= Juicy Popcorn

One response to ““Magnum Force””