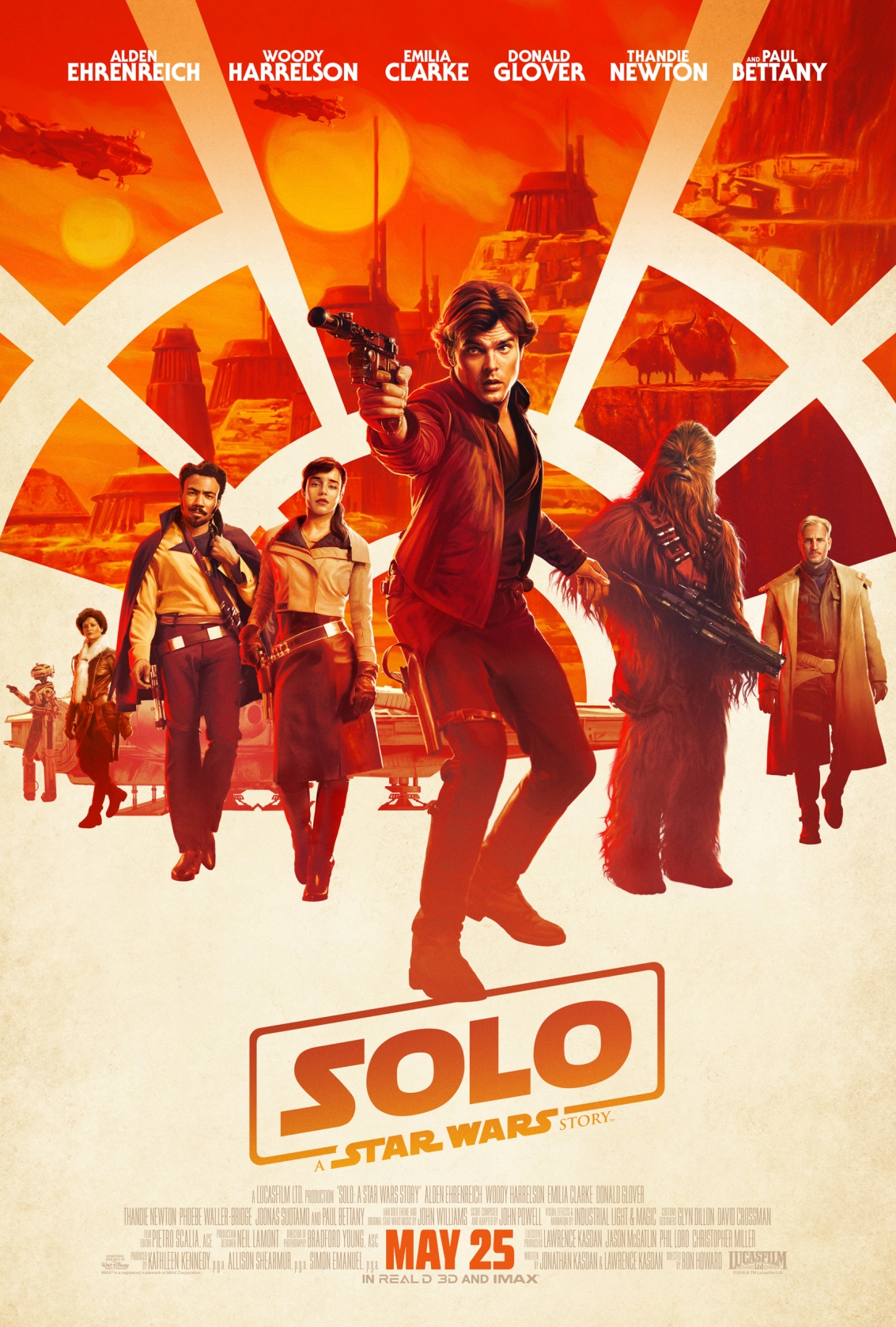 If there’s one good thing that came out of “Solo,” it’s Disney easing back on the heavy production of these Star Wars features. Way back when George Lucas signed a deal with the head of Disney, who later went on to say they’d release a Star Wars movie a year, I knew there was trouble. Sure, I enjoyed “Force Awakens,” but as for the rest… not so much. With all of the issues riddled with the “Solo” production, the biggest being change of directors (in a rather unfair fashion), I had no intention of seeing it. But, low and behold, here we are, with a “Solo” review; I guess there was nothing else to see in Redbox. To be honest, the flick wasn’t as bad as what I thought it’d be. The acting is alright, the design and cinematography is cool and detailed, and the score is awesome. It’s what you’d expect out of these big blockbusters Disney churns out several times a year; if anything, they’ll at least be well-made. The design of “Solo” was by far the best part, with various worlds, costumes, and characters to play around with, making for a good visual experience. It definitely has its own style when compared to the new Star Wars trilogy going on right now, though it does share some of the same style traits as “Rogue One” (specifically in how rugged/gritty it looks, as if it’s trying to come off as a somewhat Indie flick). When you take into account that three directors helmed this at various stages throughout production, that accomplishment seems all the more impressive. It’s just a shame the story couldn’t have benefited from this change-up. Granted, I have no clue if a change in direction led to the story’s downfall; for all I know, the script could’ve been the culprit all along. But what I do know is “Solo” is an unremarkable, boring movie. For a film marketed as the upbringing of Han Solo, I really didn’t get to know the guy. There’s a lot of characters that are given light in this story, and while it’s good to have a well-rounded ensemble to head a production, I didn’t really care for these people. Obviously, I cared a bit for Han, Chewie (Suotamo), and Lando (Glover), but it was more for namesake than it was for who they were written as in this feature. While Alden Ehrenreich did a good job carrying the weight the role presented, I didn’t see him as Han, but rather an interpretation. He had the look, but the fact that he’s around the same age Harrison Ford was in the original coupled with the amount of characters this story had to focus on, I merely saw this Han as a shell of the character. He was entertaining for what he was, but that was about it. And while the story didn’t set itself up to be a means to lead up to where Luke and Obi-Wan met him (and pull a “Rogue One”), there wasn’t much going on for me to really be riveted or thrilled. When I look back on the picture, it’s funny to say that, because a lot of visual spectacles occur in “Solo,” whether it be space escapes, ground battles, or just exchanges between odd-looking characters; however, all of it just didn’t pull me in. I watched this with my siblings and one of them was questioning when the adventure would end around (what I believed to be) the halfway point. Their attention spans aren’t as big as mine, but I was feeling exhausted myself before the second act came to an end. The story takes its sweet time to flesh out a rather bare bones concept with character arcs that aren’t really that deep. I’ve seen these figures before in different forms through different films, and the conflict has been done multiple times (trying to appease a ruthless boss while fight for yourself), leaving me to only wish that the world this story took place in was more of a character. “Solo” isn’t the worst Star Wars movie by any means, but it matches “Phantom Menace” in the sense that not much goes on that really excites (however “Phantom Menace” is far more boring). It really goes to show that rather than detailing a backstory of Han (whose already given enough fleshing out in the originals), we should’ve chosen another character that’s in more obscurity but just as cool, like Boba Fett or Darth Maul. If you wanna see “Solo,” you won’t be enraged, but you will get sleepy. FINAL SCORE: 69%= Burnt Popcorn

One response to ““Solo: A Star Wars Story””