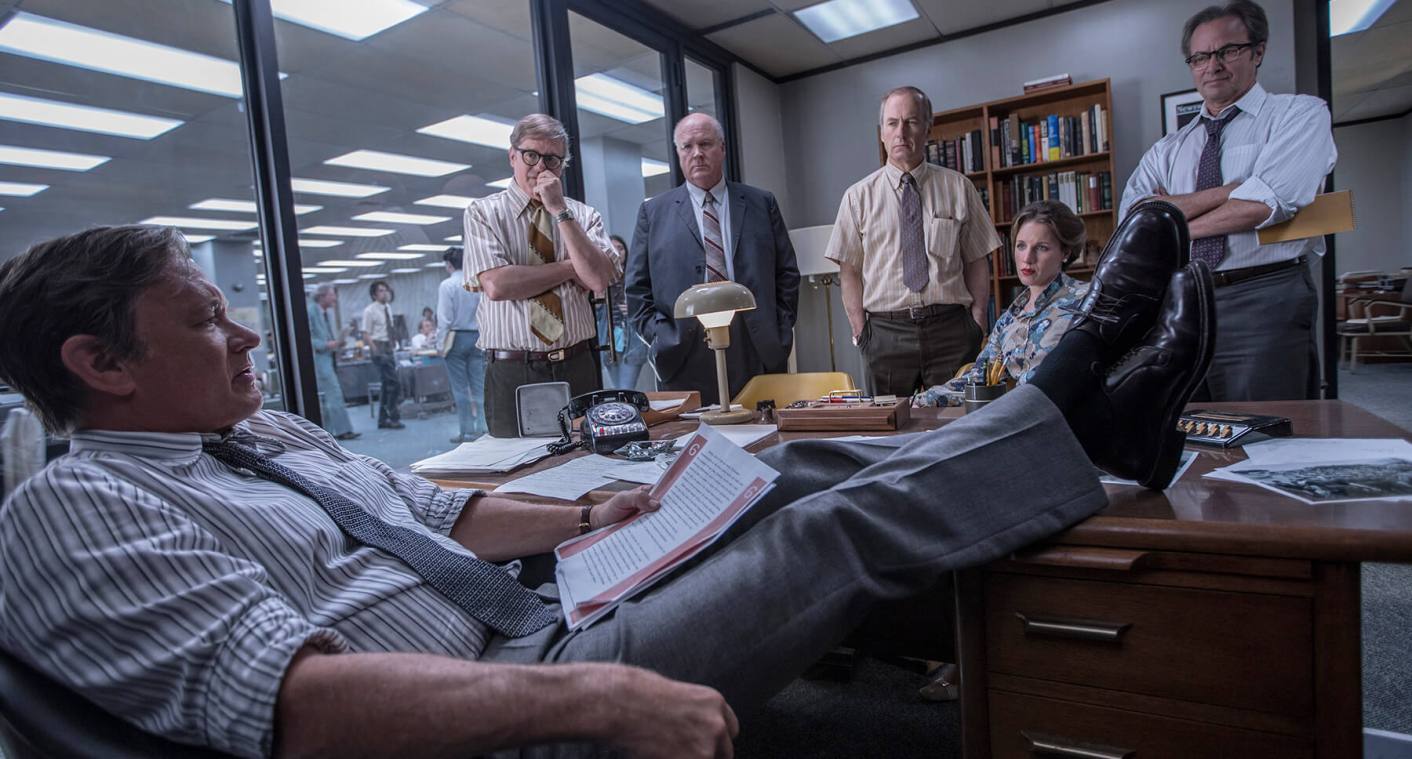 It’s not a Best Picture race without a Spielberg film. To be honest, I was shocked that he helmed this one considering his involvement in “Ready Player One.” Not that he can’t develop two features at once; It’s just been a while since he’s done so. Outside of the fact that Spielberg directed this, there was not much to get me to the theaters to see “The Post.” Sure, the stars in it are great, but it never came off as a must-see release. And after seeing it, I would stick to that initial opinion. While it has fantastic acting, a great score, and impressive directing (no duh), “The Post” finds trouble in propelling itself into exceptional territory due to its story. Before I get into my analysis of that aspect, let’s study what makes this movie good (and why it was probably nominated in the first place). First and foremost, the acting is great. There are so many stars lined up in this picture. Besides Tom Hanks and Meryl Streep, we see the likes of Bob Odenkirk, Allison Brie, Sarah Paulson, Jesse Plemons, David Cross, and many others. They all do a wonderful job and make for an entertaining experience, which would be the best word to describe this flick in its entirety. It’s fun, like almost all Spielberg films because they present themselves in an illustrious, fantastical way. His direction of “The Post” provides many long, moving shots that paved the way for the actors to shine. The cinematography was beautiful and the setting was gorgeous, set in the seventies during the heat of the Vietnam War (Spielberg just loves his seventies). Also, the score was great, composed by the legendary John Williams that, while not as iconic as his other works, strengthened scenes in emotional ways. For the most part, “The Post” does a good job. I wouldn’t say it’s bad, but I wouldn’t say it’s astounding either. When I stated that the story was the cause of it, I wasn’t claiming that it reeked of flaws. Rather, I was getting at was how it doesn’t provide enough teeth or grit to really get me invested. We’re all familiar with film interpretations of the news, whether it be television or newspapers. The conflict our characters face is interesting, however the plot devices used to get us over the many hills are all-too familiar, as they have been utilized in plenty of other works before. On top of that, none of the characters were really given enough development for me to really be on the edge for them. You could argue for Steep’s Kay Graham and Hanks’ Ben Bradlee, but in the end I could still see further development for them as a whole. Spielberg and crew did a great job formulating an entertaining picture with plenty of sequences to get you invested or at least interested, but the overall weight of the release did not offer much to me as a viewer. “The Post” is an amalgamation of many things I’ve seen before, with scattered moments of originality and wonderful aesthetics. It’s not Spielberg’s best (obviously), but it’s at least a fun watch. FINAL SCORE: 80%= Juicy Popcorn
Here is the trailer: