FRIDAY NIGHT MOVIE REVIEW: “Daddy’s Home” stars Will Ferrell (Anchorman, Stranger Than Fiction), Mark Wahlberg (2 Guns, Transformers: Age of Extinction), Linda Cardellini (Avengers: Age of Ultron, Grandma’s Boy), Thomas Haden Church (We Bought a Zoo, Spider-Man 3), Scarlett Estevez (Lucifer [TV series], The Massively Mixed-Up Middle School Mystery [TV movie]), and Owen Vaccaro (Mother’s Day, Rom). It is directed by Sean Anders (That’s My Boy, Horrible Bosses 2), who also co-wrote the screenplay with Brian Burns (You Stupid Man, Blue Bloods [TV series]) and John Morris (Hot Tub Time Machine, Mr. Popper’s Penguins). Brian Whitaker (Ferrell) is a step dad trying to win the hearts of his stepchildren. Having taken a lot of time and effort, he soon is able to get them to warm up to him, but all will be tested when his stepchildren’s real father, Dusty (Wahlberg), returns. Brian will do whatever it takes to win them over and beat out Dusty as the head honcho of the household. 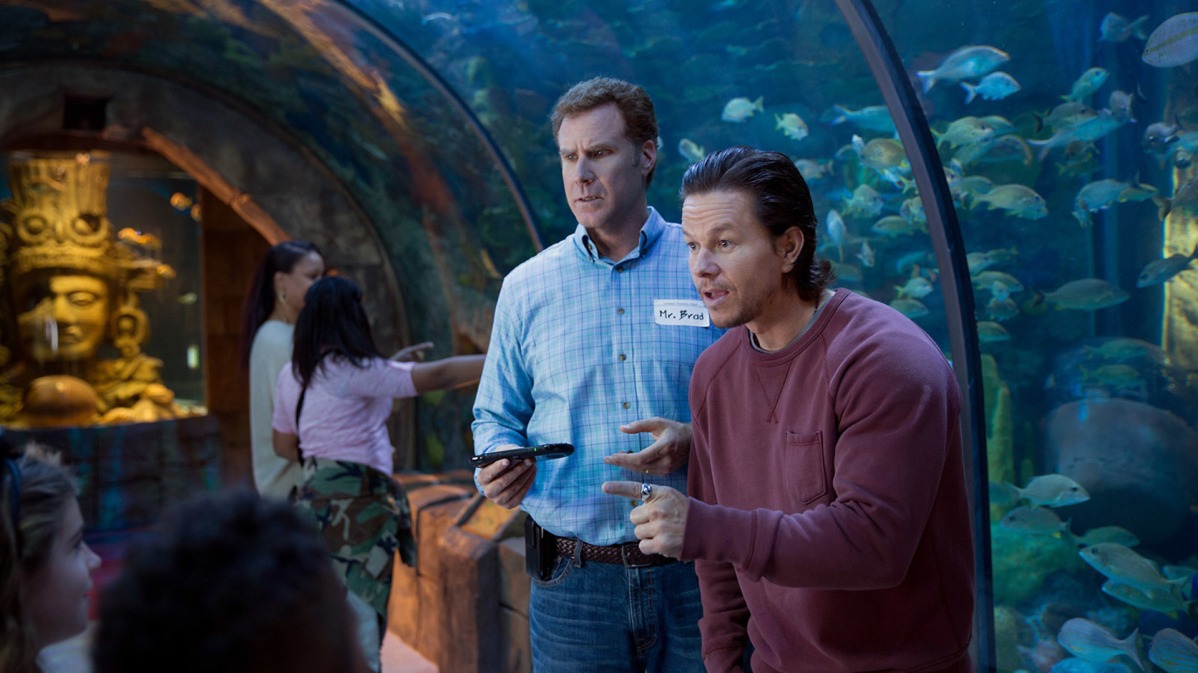 As far as Will Ferrell comedies go, “Daddy’s Home” has to be an utter disappointment. Not that it looked incredibly good in the trailers, but I was hoping for something of worth in this. Unfortunately, this release doesn’t bring much to the table, and here’s why. Starting with the plot, it is rather basic. Dad vs. step dad: an easy concept to grasp, and that is essentially it. There isn’t much to take from this experience, as we are shown simple characters dealing with a simple conflict, which resolves in a rather predictable, “heartwarming” way. The characters in this can range from plain to funny, depending on how hilarious you find this. To me, this movie gave me a good laugh. It’s not like I hate this film, I just don’t think it’s that good. Although I laughed quite a bit, the story found trouble in establishing a flow. We see our two stars, Ferrell and Wahlberg, fight over kids’ affections, which can offer some funny moments, but it gets old fast. Back and forth they go, and about halfway in they hit a wall. There is a plot device involving babies that is resolved, and it made me feel like the story was finished, but of course we go right back to the back and forth of dad and step dad. I got exhausted by it, as much of it was becoming filler quickly. Pretty soon, much of what was the plot became nothing, and all I was left with were jokes. Jokes that I admit were funny at times, but I wish that the storyline in this offered more impact. The issue with the writing in this was that they took themselves seriously. Not in the joke-sense, but everything involving the conflict. They wanted to make a point and give a lesson to the families watching. The thing is, I wasn’t touched. I knew how it would end, and by the time this film finished I didn’t learn much. A lot of silly nonsense gets thrown into this arena of a movie, and I mean a lot. Good moments came out of it, like all that involved a character played by Thomas Haden Church, and also bad ones, like the constant jokes on racism (quite a bit of comedy in this is repetitive, by the way). The acting was rather bland and generic, but I did like the chemistry between Ferrell and Wahlberg, like I did in a better film called “The Other Guys.” They did a good job themselves. As for everything else, I just didn’t find it good. It’s a shame too, because there were some good jokes in this. If you liked this film, that’s fine, but I wouldn’t recommend anyone to see this if you are looking for a Will Ferrell movie to watch. I’d direct you to “Anchorman.” At least they don’t have as many blatant product placements as this sellout of a plot does (they were hilariously bad). FINAL SCORE: 60%= Burnt Popcorn

One response to ““Daddy’s Home””